015 Join the war against toads! 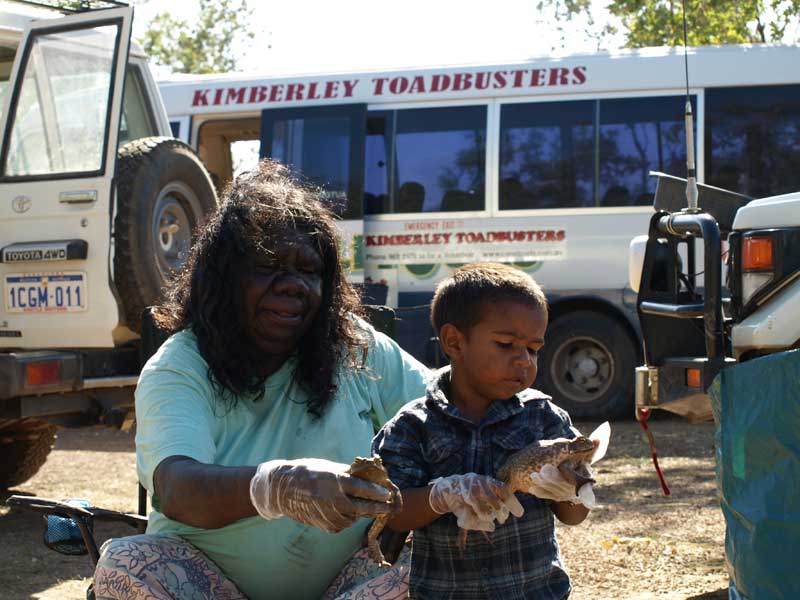 If you’re physically fit and afraid neither of the dark nor one of Australia’s mightiest enemies, we might have just the thing for you: toadbusting.

If you’re physically fit and afraid neither of the dark nor one of Australia’s mightiest enemies, we might have just the thing for you: toadbusting.
The infamous cane toad is of course an introduced species and certainly there are other places in the world where you can encounter one. However, their sheer concentrated numbers here are unequalled anywhere on Earth.

The average distribution in South America, for example, is around 20 adult toads for every 100m of shoreline. In parts of northern Australia, that number is closer to 2000 adults. A serious threat to any environment they infest, cane toads are poisonous to wildlife – even including large freshwater crocs and the occasional human – but we do have the little blighters to thank for providing us with this unique bonding experience.

Toadbusting is Australian spirit at its best, with volunteer organisations springing up all over, especially in newly threatened areas like WA’s Kimberley region. On a toadbusting mission, all necessary gear is provided (torches, plastic bags, gloves) as well as operational training, a ride to the frontline, a base camp and the chance to debrief over brekkie. This unique Australian pastime is sure to make you feel like an action hero. In fact, it’s apparently becoming quite popular with Vietnam vets, who say it’s the most fun they’ve had in years.

Where // 102 cane toads were introduced here from Hawaii in 1935. There are now upwards of 200 million in Qld, the NT, NSW and creeping insidiously across to WA. For Kimberley Toad Busters, contact Sandy Boulter (0427 508 582, www.canetoads.com.au)

Did you know? // The biggest cane toad specimen on record was a monster female in Sweden that weighed 2.65kg and was almost 40cm long.