Canberra, you wheelie need to get your act together 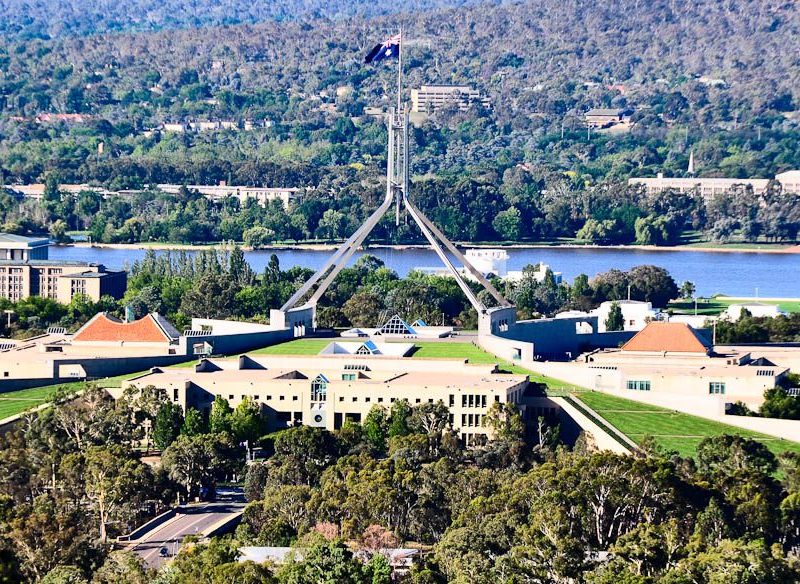 Vanessa Waller wheels herself into Canberra, family in tow, to discover whether this is ‘accessible’ capital.

As parents of an 11-year-old soccer player, my husband and I often find ourselves travelling to tournaments for a few days at a time. Usually, the players’ families try to secure accommodation at the same venue so that the kids can share the whole experience, but this has once again highlighted the challenges of travelling with my wheelchair – and the inadequacies of accommodation providers on the whole.

This time, the culprits were in Canberra (where I travelled to The Kanga Cup, the largest international youth football tournament in the Southern Hemisphere). Caravan and tourist parks are usually a great option for junior sporting teams and the most affordable option we found was the Queanbeyan Riverside Tourist Park, but it does not have any accessible cabins so was immediately ruled out for me.

Next, I tried the Australian Institute of Sport, as it has accessible accommodation, but it was already fully booked. Then I tried another motor park which had no vacancies – and no wheelchair access anyway.

One of my son’s friends would be with us, and we’d be staying for five nights, so I accepted that we were unlikely to find something at the cheaper end of the market.

Then I contacted Canberra Short Term & Holiday Accommodation, the Medina Classic Canberra, the James Court Apartment Hotel and the Waldorf Apartment Hotel – none of which had any truly accessible apartments. Some told me that their ‘accessible’ rooms were not ‘fully’ accessible, which in one case meant that the shower was over a bathtub. I politely told the receptionist that, in fact, the correct way to answer my question was “No, madam, we do not have any accessible apartments”.

It’s irritating that some within the sector still don’t always understand the meaning of ‘accessible’.

The Abode Apartment Hotel had one accessible option but it only slept two people so I would have to book a second studio apartment for the two boys (and pay $1,500 for five nights). It was a similar story at the Clifton Suites on Northbourne.

In desperation, I reluctantly began to consider hotels, even though I didn’t relish the idea of being in a single room with two lively boys for five nights. Accessible rooms even in hotels usually sleep a maximum of three, so I would probably be forced to book an extra room for the boys. Some didn’t have a room that interconnected with the accessible room, narrowing the choice even further.

I have stayed at the Crowne Plaza in Canberra before, so was happy to find out that it could offer me an accessible room with an interconnecting second room – I was not so happy to learn it would cost $2,156 for five nights.

Finally, after calling 19 places and making alternative arrangements for my son’s friend, I finally found something suitable: The Quality Hotel Woden. At $910 for five nights with a guest laundry (for the dirty soccer shirts) and adjoining (fully accessible) Woden Tradesman’s Club, this hotel probably wouldn’t ever have been on my radar, however, the accessible room and the proximity to soccer fields made it a good choice for our trip.

Just for the record, I really like Canberra. Public spaces and buildings are generally good for accessibility. What the whole experience did highlight, though, is the way that the accommodation sector has a very narrow view of what it needs to provide for people who travel with wheelchairs.

In my experience, many places providing accessible rooms have a bed in which two people can sleep together and, if you are lucky, either a single bed or provision to add a single portable bed. This mostly works for my family, as I am married to my carer and we have only one child, but what about wheelchair travellers who are not married to their carers?

I don’t expect providers to cater for all possible variations, but it would be nice to think that the travel sector was at least starting to improve the glaring inequality in its offerings for disabled travellers. A “one size fits all” approach does not work for the general population, so why do accommodation providers seem to think it is acceptable to approach its wheelie clientele in this way?

Surely our nation’s capital can do better at setting an example for other cities to follow.