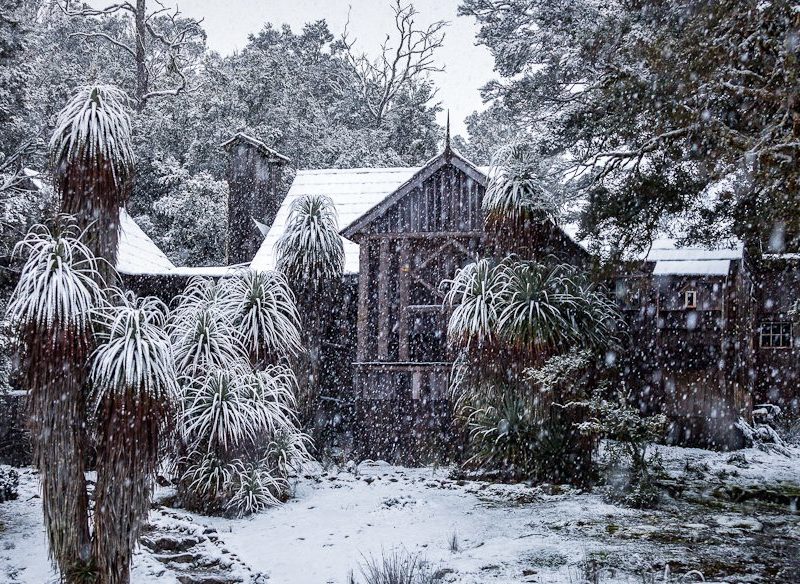 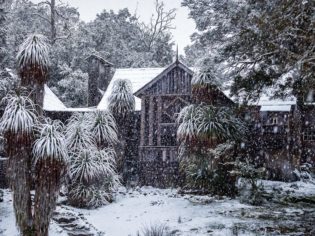 The Waldheim Cabins, a true winter hidden gem in Cradle Mountain–Lake St Clair National Park, is number 3 on Australian Traveller’s ‘100 amazing places you haven’t been to yet‘. Nominated by: Matthew Evans, author and host of The Gourmet Farmer television series.

If you just want to get away from it all (and Dinnigan’s NSW hideaway, nor Kangaroo Island tooted your flute), perhaps you should head to Matthew Evans’ ultimate secret spot.

The Waldheim Cabins – a true hidden gem, inside the Cradle Mountain National Park – is the spot to go and experience Tassie winter, he says.

“I just love it because you’re in this priceless, enchanting forest, in cabins that are rustic, but warm. You can heat them, they’ve got basic cooking facilities and they’ve been built so people can go there all year.”

Plus you’re halfway between the edge of the park and Lake St Clair, “so it’s a real wilderness experience, but a bit of a posh experience – you’re not camping or walking the Overland Track, but you’re not paying $1000 a day either.”

Owned and run by Parks and Wildlife Service of Tasmania, the cabins are an absolute steal from $95 per night (call Kentish Visitors Centre on 03 6491 2271), which means you can splurge on what matters.

“I usually buy a truffle for my wife’s birthday ­in July and we take that. They only cost about $50 or $60 – it’s less than the petrol to get there! Then we’ll take some stews that we’ve cooked, lots of bread and cheese, usually a Springvale Pinot Noir and a bottle of whisky,” he says.

“You get snow quite often; astonishingly, there are wombats nudging up against the outside of the cabins at night. It’s priceless – for a cheap price.”

In partnership with our sponsor Cotswold Outdoor: an award-winning international retailer with a thriving online store (launched 2013), which offers over 60,000 products from 250 top brands including The North Face, Salomon and Jack Wolfskin. 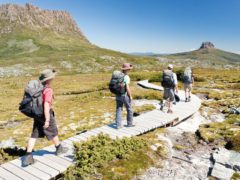 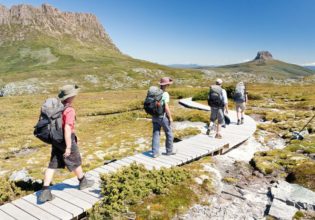 Score: 8.55 It’s arguably Australia’s most iconic walking track and, according to our panel, there’s only one way to do it: via the Cradle Moun... 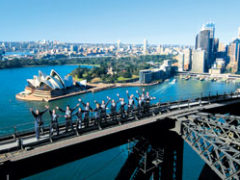 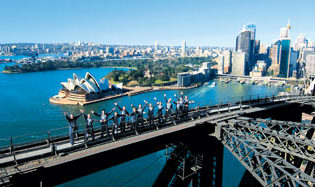 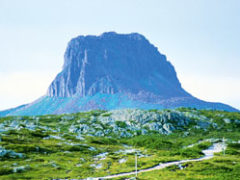 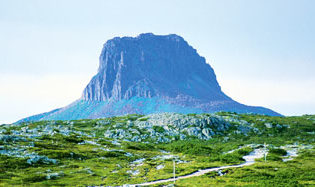