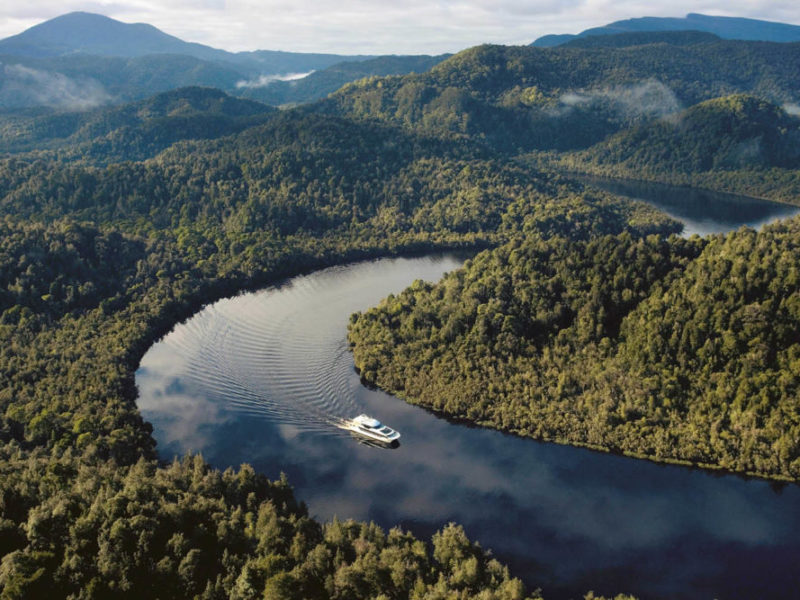 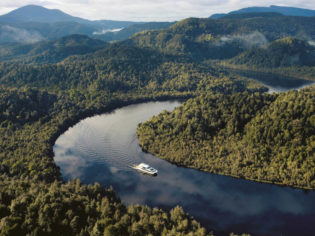 Cruising through the wilderness of the gorgeous Gordon River.

Let a Strahan local show you around the best bits of her wilderness-fringed hometown on Tasmania’s west coast.

Strahan is the thriving port town on the west coast of Tasmania that Sheree Crane is proud to call home (her parents grew up here and she opted to raise her two children here too, it’s that good). Sheree works for Gordon River Cruises, a locally owned award-winning cruise company that sails into the heart of the Tasmanian wilderness.

Where exactly: A five-hour drive north-west of Hobart along the scenic Lyell Highway.
Population: The town’s population of 800 more than triples during the summer tourist season.
What’s it all about: The town is an important link as the gateway to the Gordon River and the Southwest National Park, Tasmania’s largest, and part of the Tasmanian Wilderness World Heritage Area.

Start your day with the buffet breakfast served at View 42º Restaurant. Sit out on the deck that overlooks Macquarie Harbour.

8.30am: A wilderness cruise

Jump aboard Lady Jane Franklin II for a Gordon River Cruise: the wild scenery will blow you away. Along the way you’ll visit salmon and trout farms, where you’ll learn what it takes to get a salmon from the harbour to the galley for you to enjoy as part of your buffet lunch.

You’ll then travel up the unforgettable Gordon River. This spectacular national park is only accessible by boat or sea plane. Travel 13 kilometres to Heritage Landing and enjoy a 30-minute guided boardwalk into the rainforest.

Discover the plight of Sarah Island’s first settlers with the animated and captivating guides from the Round Earth Company.

Next is a visit to Sarah Island, the old and harsh convict settlement. Follow the animated and captivating guides from the Round Earth Company to learn of the plight of our first settlers or wander at your leisure before your return across the harbour back to Strahan.

Follow the footpath to Morrison’s Huon Pine Sawmill for a free demonstration of the old sawmill that has been operating in the same family for four generations.

Follow the self-guided path in the opposite direction along the Esplanade to People’s Park for the rainforest walk to Hogarth Falls; an easy 40-minute return walk. Don’t forget to keep an eye out for the platypus that live in the creek that winds its way through the park.

Watch the longest running play in Australia, The Ship That Never Was. Based on a true local convict story, you’ll find the Round Earth Company performing it in the Richard Davey Amphitheatre.

It’s all accompanied by Tassie beers and wines.

Sunset: Cosy up on the beach

Take the eight-kilometre drive to Ocean Beach. Rug up, take the wine of your choice, picnic blanket and camera to witness surely the most magnificent sunsets in the world. From September to February you will also be able to view the majestic sight of short-tailed shearwaters coming in to roost.

All aboard for a unique rail journey into the hidden heights of Tasmania. The West Coast Wilderness Railway is leaving from platform... (more&hell...

Where is it? The Franklin-Gordon Wild Rivers National Park in Tasmania’s south-west How to see it for yourself? This is at ...