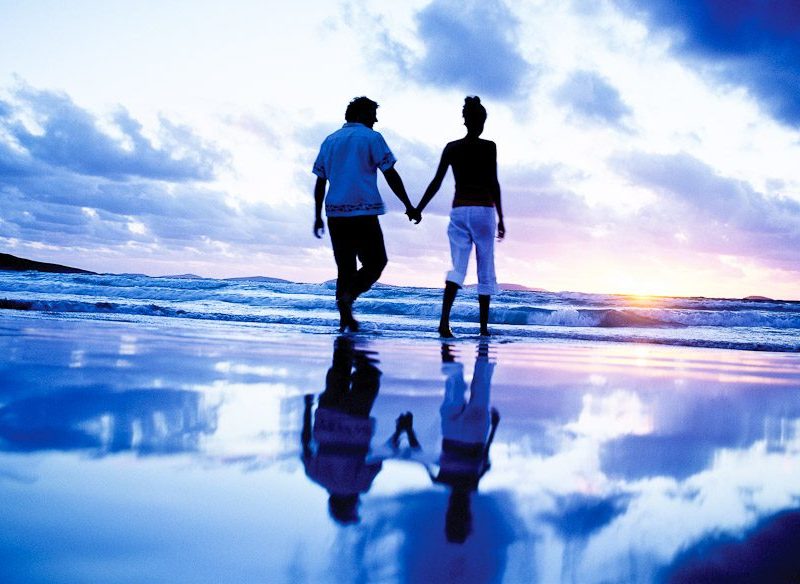 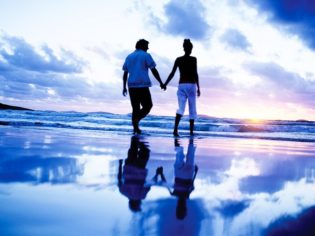 You can’t really say you’ve seen all of Australia unless you’ve stood on the westernmost point of the mainland, can you? And if you were going to go all the way to Shark Bay in WA and stand on Steep Point, you may as well do it at sunset, don’t you think? This means that on that particular day, you were the last human on the continent to watch the sun set. Now, not everyone can say that, can they?

Mind you, Shark Bay has many other charms as well: swimming with bottlenose dolphins at Monkey Mia; Shell Beach, which is made of tiny white shells up to ten metres deep and stretches for more than 120km; and Hamelin Pool, home to the largest deposits of living fossils on the planet, the stromatolites.

“One for all the easterners. Just don’t point to Rotto and ask, ‘Is that Africa?’ Also, enhance the experience with a few sybaritic rituals while you watch: bubbly, prawns, fresh oysters and a few mates.”
– John Borthwick

Of course, if you don’t want to travel the ten-hours-plus north from Perth to this extraordinary part of Australia, you could cheat a little and watch the sun set on any one of Perth’s 19 beaches – and be a little closer to a cold ale to celebrate afterwards.

Did you know?
Steep Point was named in 1697 by Vlamingham as “Steyle Hock”, which is Old Dutch for Steep Corner, or Steep Point.

How to get there
Qantas and Virgin Blue offer daily flights to Perth from all major cities in Australia.

Shark Bay is an eight to 10-hour drive (850km) from Perth along a sealed road.

Best time to go
Anytime – Shark Bay has an average of 320 days of sunshine a year.