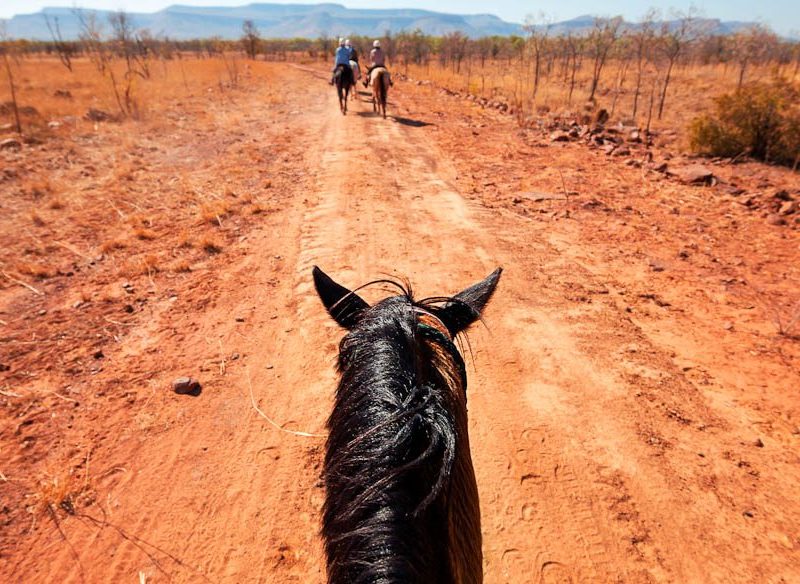 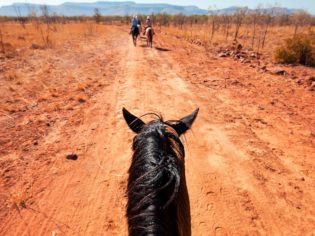 The rugged red landscape of Home Valley Station provides an idyllic backdrop to live out any jillaroo fantasy. Yes, it’s as hot and dusty as it looks but well worth it...

Here you have it, straight from the horses mouth – the perfect way to get aquainted with the stunning Kimberley, says Alissa Jenkins. Photography by Lauren Bath

However, while films like Australia and The Man from Snowy River suggest horsemanship is as natural to Aussies as barbecued lunches and backyard cricket, the reality is few of us ever master it, let alone live that dream of fearlessly galloping through rugged terrain. But if ever there was a place to learn (or rehash some rusty childhood skills, in my case), Home Valley Station is the place for it.

However there’s nothing Hugh Jackman about my look today – more Snow White, under a thick slathering of sunscreen. A horse riding tour at Home Valley couldn’t be further from a beauty contest – those around me are too preoccupied taking in the landscape to care what’s under this helmet visor. And rightly so.