5 reasons why the Kimberley is a photographer’s dreamscape 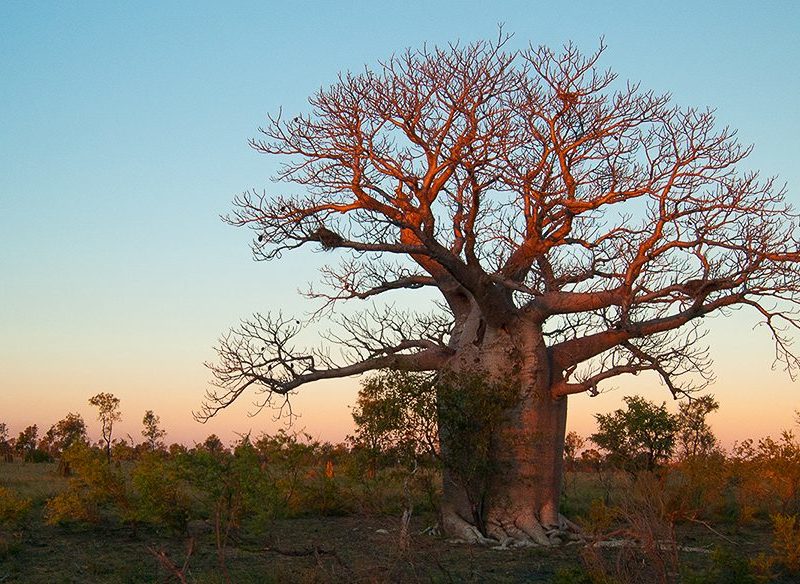 Western Australia’s vast Kimberley is one of the most rugged and last true wilderness areas left on earth. And, as you’ll see, its ancient escarpments, amazing waterfalls and gorges means it’s a photographer’s paradise too, explains photographer and guide Tracy Ryan.

If you plan to travel to the Kimberley, especially if you want to take some photos, give yourself some time – you just won’t want to leave! Whether it’s Kununurra, along Highway 1, or taking the more adventurous route along the Gibb River Road to Broome, the area is filled with life-changing experiences and scenes that will forever remain in your heart and soul.

I was lucky enough to be a tour guide through the Kimberley in 2010 and captured so many amazing photographs – it’s so hard to decide on just a handful! But here are my five favourite locations: the how, where and why, in order from the WA border to Broome.

Seventy kilometres from Kununurra, Lake Argyle is the product of the damming of the Ord River in 1972, several times larger than Sydney Harbour. The peaks of the Carr Boyd Ranges have created many islands in the lake. Take a cruise and you can capture stunning shots of the reflections of these mountain tops in the water – and agile rock wallaby families. The lake is filled with thousands of freshwater crocodiles (but don’t worry, freshies don’t like people!) and an array of fish species.

Tip: The view from the lookout is sensational, easily captured with a mid-range lens on a DLSR or a point-and-shoot camera.

Purnululu National Park and the Bungles Bungles are arguably the most amazing scenery in the Kimberley. Overland they are only accessible by 4wd in the dry season, along a very windy, sometimes steep, track criss-crossed by waterways – not for the feint hearted. It takes a few hours to drive into the park, yet all along the way you will experience stunning scenery of escarpments, huge termite mounds, looking like sentries, and the gorgeous yet very spiky spinifex grass. Once in the park, I encourage you to stay for at least a few days to take in all of the spectacular scenery. Piccaninny Creek is one of my favourite places to photograph, with the contrasting colours of the bee shaped ‘hives’ and the dry stone creek bed, creating an amazing scene.

Tip: Get there early morning or late afternoon to capture in the best light. A wide angle or a fish-eye lens will help create a spectacular shot here.

One highlight along the Gibb River Road definitely worth a visit is Bell Gorge (named after the rock formations as you enter the gorge). It’s 4wd access only and a 15-minute walk from the car park, but this is one of the most stunning gorges in the Kimberley. When the track exits the bush it leads you straight onto the top of the gorge. There is a gorgeous shallow rockpool, fantastic for swimming and filled with small fish. Venture to the other side, down a steep walkway, and you will start to see where the water is draining away; a series of stepped waterfalls that drop into a huge swimming hole. The best time of day to capture the majesty of this gorge is late afternoon, when the sun is starting to fade, making the deep reds in the rock formations come alive!

Tips: A polarising filter will bring out the vivid blues of the sky which contrast beautifully with the rocks’ colours. To capture the milkiness of the moving waterfall a very slow shutter speed and low light will ensure a great shot.

The boab tree is prolific throughout the Kimberley and it is completely suited to the harsh environment. Swelling to hold water that they will need in the drier, hotter months, they can well fend for themselves. The fatter the tree the less water it has access to – see a skinny boab tree and you know it’s getting plenty of water. Boab trees are sensational to photograph, particularly at sunset, when they seem to absorb the sun rays which make them turn vivid oranges and reds. This particular boab tree is not far from Derby, going towards Fitzroy Crossing on Highway 1, in amongst a field of termite mounds. I just stopped on the side of the road, went for a short walk into the field and waited. I just kept shooting as the sun began to set, thinking each shot captured the scene perfectly – until the sunset hit its peak.

Tip: As the sun sets, adjust your ISO higher and it will create less ‘noise’. Also setting the aperture low and the exposure darker will help capture the black foreground and the sun just as it sets.

Broome… ah, the pearl of the Kimberley and one of my favourite places in Australia. Much is said about Cable Beach, yet just 8km away, directly east, is the gem of Roebuck Bay. Here you can view the famous ‘Staircase to the Moon’ rising over mudflats in the dry season and it’s also where the gorgeous Town Beach is located. The seawall on Mangrove Point is a sublime place to take a shot; unbelievably beautiful water, unbroken blue sky and vivid contrasts of the red earth in the small cliffs nearby. The best times to shoot here are from early to mid morning at high tide. The tidal variation can be about 12 metres at certain times of the year here, so plan ahead to ensure that you get the colours of the water included in your shot.

Tips: A shot you can capture with any camera – even an iPhone! ISO 400 with a wide angle or fish-eye lens will give you a sensational panoramic shot which will also include the Port of Broome and more of the mangroves and vivid red cliffs.

Tracy Ryan is an award-winning landscape and nature photographer from Darwin and a Kakadu National Park tour guide. Since 2005, she has been travelling and guiding throughout Australia. Tracy is running a Darwin to Broome photography tour from June 5 to 14. See Tracy Ryan Photography for more information. 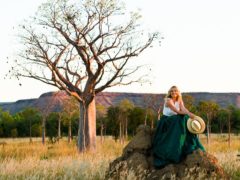 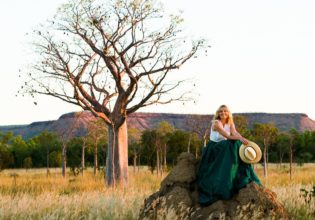 Last year, whilst on a trip in the Kimberley, we came across the vast – and vastly remote – Mornington Wilderness Sanctuary. The story we found th...