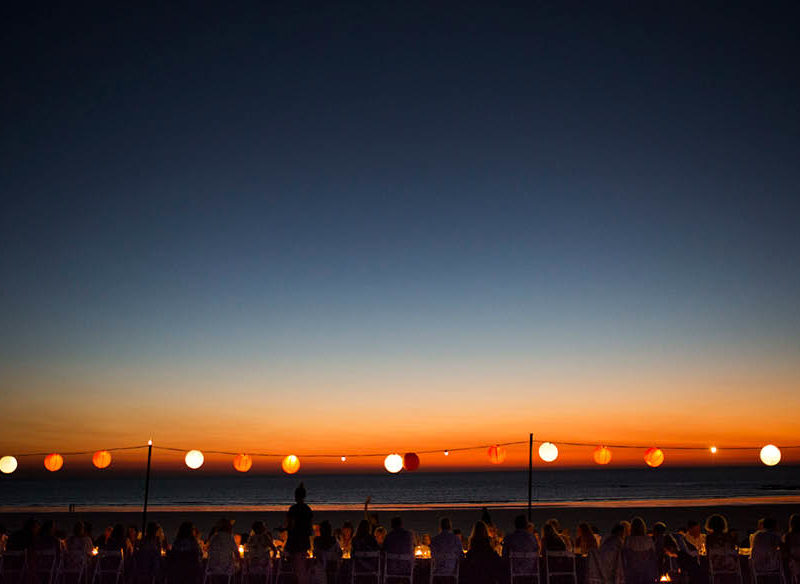 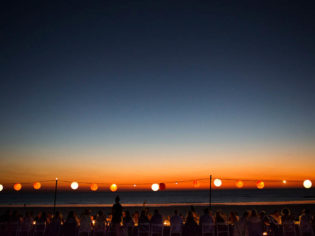 If you’re a chef known for your guerilla dining adventures and embrace of all things seasonal at The Farm Byron Bay, what do you do when you visit Broome for the first time? Eat, laugh and play, according to Darren Robertson.

Celebrity chef. Judge on My Kitchen Rules. Cooking disruptor care of his love of guerilla dining (pop-up restaurants or dinner parties in random locations, in case you’re wondering). British-born chef Darren Robertson has marked his career with plenty of unlikely antics, all delivered with his disarming grin. Robertson is co-owner of Three Blue Ducks in Bronte, Rosebery and Byron Bay (The Farm Byron Bay), where he now lives with meteorologist and media personality fiancée Magdalena Roze and their son, Archie. And if that wasn’t enough, he’s just launched Rocker, a neighbourhood restaurant and bar in Bondi.

But, even with all those achievements, he’d never been to Broome. An invitation to cook on the soft sands of Cable Beach in September changed that. The headline event at the town’s Shinju Matsuri festival of the pearl had him packing his bags and inviting not only his family, but his in-laws as well.

After serving pearl meat and other delights at the glamorous but typically barefoot long table dinner, he took to exploring. Here are Darren’s hot tips on where to eat and what to do in Broome.

This was your first trip to Broome – how would you describe it to someone who hasn’t yet been?

Broome is interesting because it’s the last stop before a crazy road trip through the Kimberley where there’s not much in the way of human interaction, which is quite nice. There are locals, foodies, travellers, people from all walks of life and the planes fly so low over town to the airport, they land on your head, pretty much. There’s a good little film scene, heaps of cafes, restaurants, and loads of natural beauty. I was genuinely blown away. It made me think, we all travel to weird and wonderful places around the world, but this is just here.

You had a pretty busy lead up with the opening of Rocker in June – how did Broome work as a relaxing escape?

Mags had been to Broome before and she was saying there’s something magical or energetic that just draws you in. I’m a fairly busy guy. I definitely don’t slow down much. But it happened on the last day: I felt completely relaxed. It was only momentary, but I got there.

The Horizontal Falls flight was just phenomenal and the highlight for me. Flying over the vast landscape from Broome and seeing that there’s very little there, in terms of what we’re used to. It puts into perspective the vastness of Australia. We flew over a couple of pearl farms and stopped at Cape Leveque to see the red cliffs, and we got out in a boat at Cygnet Bay to experience the tidal flows and natural whirlpools. We saw turtles and whales – it was amazing. Having a few, quite rare, days off, I would have been happy to spend the day in bed, but I’m so pleased I did it.

Has Broome’s food scene inspired anything back home at the Three Blue Ducks?

It happens without me knowing. There’s a Japanese influence or undercurrent in my cooking. The trip has reignited that a little bit. It’ll be interesting to see what comes out when I write the next menu for Three Blue Ducks. Cooking for the outdoor dinner on Cable Beach was very enjoyable. It made me want to do more outdoor cooking, like I used to.

The Zoo Keepers Store is really nice for breakfast and family lunch. The guy working there did a stint at Tetsuya’s when I was there. Next time, I’d go back for dinner.

The Good Cartel, we went there every other day. It’s an open cafe doing sushi bowls, brekkie bowls, good coffees and shakes and they have quirky photos of dogs plastered all over the walls. There’s cool music playing, festoons and a great atmosphere – the sort of place I really like. It’s so busy they have a drive-through. I heard someone joke it was the only traffic jam in Broome.

Zensai, the 28-seat Japanese restaurant in Cable Beach Club Resort & Spa. It’s stunning. On the night of the fireworks for Shinju Matsuri festival, we ate there and could see everything: it was crazy, the fireworks just went on and on, it was such a grand finale. We had the ‘Omakase’ tasting menu and I don’t normally go for desserts, but they served a house-made sorbet of green tea, black sesame, and mango. It was so simple, but so good. Sometimes that’s exactly what you want.

Where can you find slick cocktails in Broome?

We went to Mangrove Hotel to watch the Staircase to the Moon light phenomenon. It’s a lovely location with great atmosphere and I had a nice negroni there.

The Sunset Bar & Grill at Cable Beach Club Resort & Spa. It’s a fantastic spot to watch sundown and it’s where my son got to see camels for the first time. We were there at breakfast time and it was super misty, but out of nowhere came the camels.

Are you hooked? Will you be returning to WA?

I’ll hopefully be back for the Margaret River Gourmet Escape in November.

Find out more about Broome:

– Everything you need to know about Broome’s Shinju Matsuri