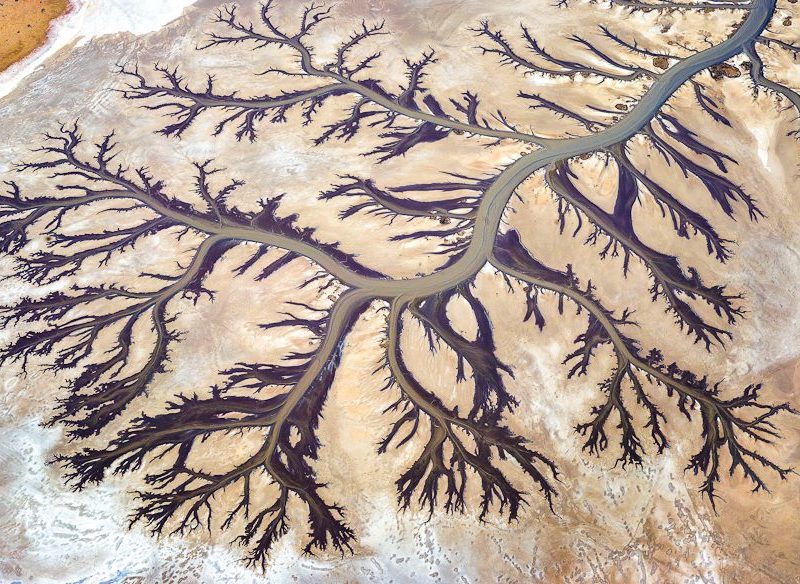 “I called this image ‘Tree of Life’,” explains photographer Ken Duncan, “because the technical term of this formation means ‘tree’ in Latin.”

That beautiful silvery stream, of course, is not actually a tree at all, but part of the Kimberley’s King Sound region – a large gulf where several rivers, including one of Australia’s largest, the Fitzroy, converge before opening to the Indian Ocean.

Despite its striking appearance, however, Duncan and his accomplice – a pilot he hired for the day – spent hours traversing the airspace above the Sound, looking for the spot Duncan had seen on a flight here several years earlier.

“Trying to find it was a lot more involved than I thought,” he remembers. “It was near Derby, I knew that, but once I’d found a pilot it took us an hour-and-a-half just to find the area. We were running very low on fuel, and the pilot kept saying, ‘Ken, we’ve gotta get back or else we’ll be landing out here and that’ll be really embarrassing’. We found it just in time.”

Happily, there are more reliable ways of exploring the Sound; various cruise ships offer expeditions to the area (and we can confirm it’s just as beautiful from the ground). Don’t forget your camera.