The best things to do in Mt Lawley, Perth 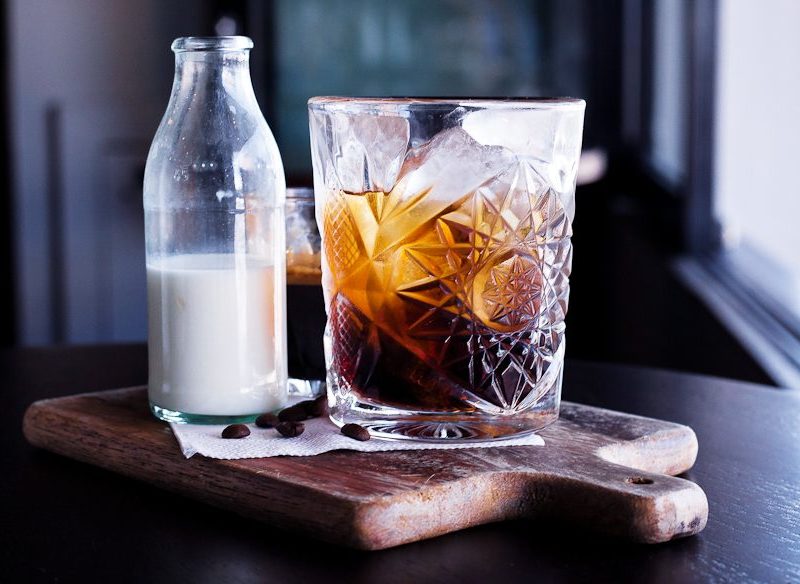 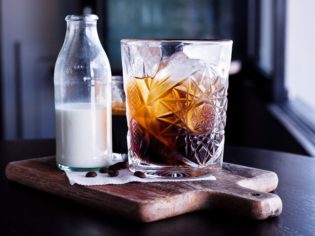 Perth’s urban village for food, fashion and graffiti, the incomparable Mt Lawley,  seduces Fleur Bainger as she stops in at all the coolest haunts.

It’s not unusual to spy colourful splashes of crochet randomly wrapped around the urban furniture in Mt Lawley.

The area is decidedly shabby-chic and the outdoor knitting is just one case in point. There’s also a rich mix of hipsters sporting beards and tatts, alternatively dressed designers and funky baby boomers walking pooches with attitude.

They wander past vision-filling street art and quirky sculptures that sit between clusters of independent stores and restaurant-bar hybrids. You could say it’s a mash up of Sydney’s Newtown and Surry Hills – with a decidedly Perth flavour. 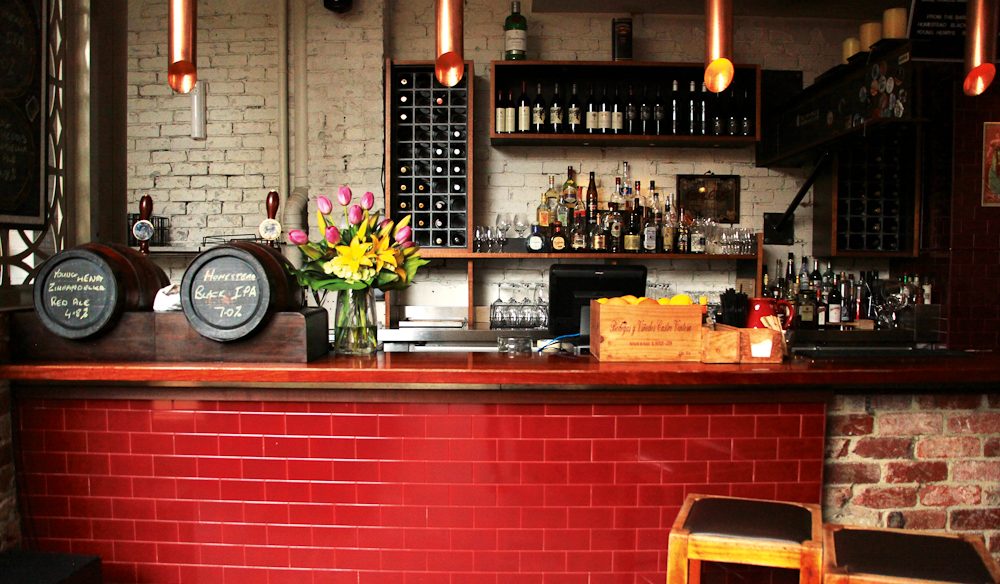 Pull up a stool at Five Bar (photo: Fleur Bainger).

The community is fiercely proud and unwaveringly loyal – Mt Lawley is only four kilometres from the heart of Perth’s CBD, yet it has an altogether individual personality – and it attracts people like a magnet, having become one of Perth’s most popular urban villages.

It’s where Heath Ledger, Hugh Jackman and Tim Minchin used to hang out (though not together, obviously). All three studied at the Western Australian Academy of Performing Arts (WAAPA), only a few blocks from the neighbourhood’s jugular, Beaufort Street. A surprising number of the jazz world’s contemporary greats also got their start at the respected arts school.

In 1901, Mt Lawley was officially named after the then-Governor of Western Australia, Sir Arthur Lawley. Word has it his wife, Lady Annie Lawley, only agreed to the area’s title on the proviso that no licensed hotels would operate within its boundaries.

Her wishes were not enduring. The seeds of the Beaufort Street shopping strip were soon sown and by the end of WWII, residents were being replaced by small businesses. Printers, photographers, painters and decorators started moving in. 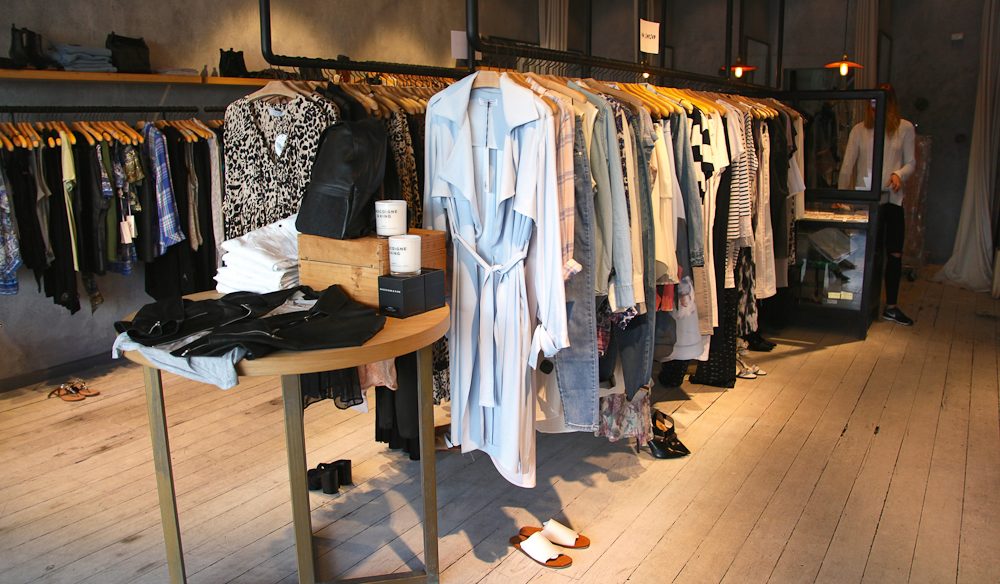 Department is a one-stop-shop for international and Australian designers (photo: Fleur Bainger).

As the 1970s neared, private car ownership snowballed and Beaufort Street became a popular artery in and out of Perth city centre – much like it is today. About the time flares were in fashion, and a younger demographic began renovating houses, reviving old shop spaces and subdividing properties.

Clothing boutiques and other retailers opened up; restaurants, cafes and bars followed and word spread that this vibrant part of town was the place to be. Mt Lawley has maintained its swagger ever since.

A meander through the neighbourhood means sticking almost exclusively to Beaufort Street, where the 40 kilometres per hour speed limit pays respect to pedestrians, who zig-zag from one side to the other.

As the bitumen unfurls, it invisibly crosses over from Mt Lawley to Highgate, which is the second-smallest suburb in Perth, so it understandably feels as though it’s one and the same area. All locals regard Beaufort Street as a whole so we’re going to as well. Cheap and cheerful fresh flower shops beautify the strip’s southern end, while plastic buckets crammed with blooms spill onto the pavement on the Chatsworth Street corner, some bunches as cheap as $6 a pop. Our favourite flower hawker, Chatsworth Deli has been there for some 20 years.

Enrique’s School For To Bullfighting, a quirkily named pop-up bar so popular it stayed, is a quick jay-walk across the road – get a cocktail there later. Its sister establishment, Beaufort Local buzzes day and night with caffeine hounds and cake lovers – its sweets display is equal parts quaint and humorous – and its food menu follows suit. 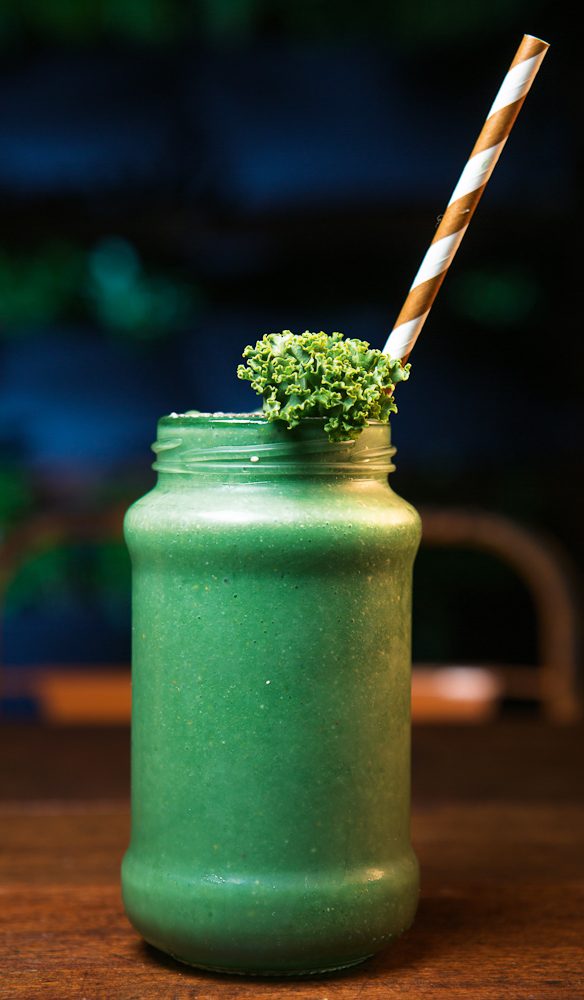 A healthy shake at Solomon’s.

Crossing back to the western side, dart into a laneway clad in street art that somehow looks like an illuminated neon sign, with light boxes on the walls rotating different artists’ works.

Nearby is Elmar’s Smallgoods, an old-school time capsule, packed to the gills with mostly German cured meats, bacon slabs and bratwurst. The old guys serving are as friendly as they come.

Follow the pumping tunes and bakery smells emanating from Mary Street Bakery, where you’ll undoubtedly buy a salted caramel-filled doughnut (you really should).

It’s nearly as busy as nearby El Publico, a bar-cum-restaurant doing exceptional Mexican street-food. Don’t go past the corn esquites.

Its neighbour, Must Winebar does fancy French bistro fare, but is mostly loved for the bar fly scene – it’s very much the place to drink Champagne and throw back fresh oysters.

Directly opposite is The Queens, a big, traditional-feel pub with a large al fresco area perfect for beers in Perth’s sunny weather.

Leave the tavern for later, particularly if you have a hankering for distressed homewares with tactile patinas in leathers and woods. Locally owned Empire Homewares sprawls over a two-level warehouse with imported or designed-in-house wares. 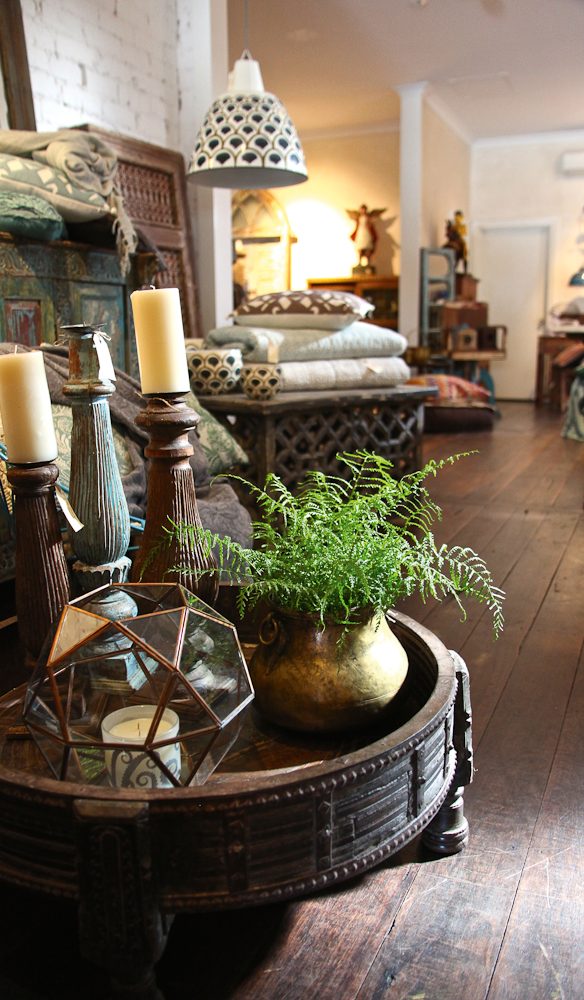 Either walk off the retail urges, or embrace them and pop in to Kartique, a minute or two up the road. It’s filled with antique-style, handcrafted softwood furniture with a distinctly Eastern flavour and trendy homewares.

Take note of Five Bar and Clarences across the road, the former a welcoming anytime hang-out, the latter more of a sultry after-dark zone.

Where the locals go

Snap pics of the whimsical dog and rabbit bronze (they’re riding a bicycle) and the giant concrete letters spelling Beaufort Street – you’ve no doubt seen plenty of crochet by now, too – and hike up to the corner, passing independent radio station RTR FM, and Planet Books, where hipsters keep the literary trade alive.

Before the traffic lights you’ll spot the Flying Scotsman, an authentic dive-style pub that delivers excellent people watching, both inside and out. Grab a beer and sit outside.

Next, mosey behind the IGA to the ‘local traffic only’ signposted laneway between Grosvenor Road and Chelmsford Road, where 30 artists have painted every back fence and garage door. Look for the pieces by Stormie Mills and Amok Island. 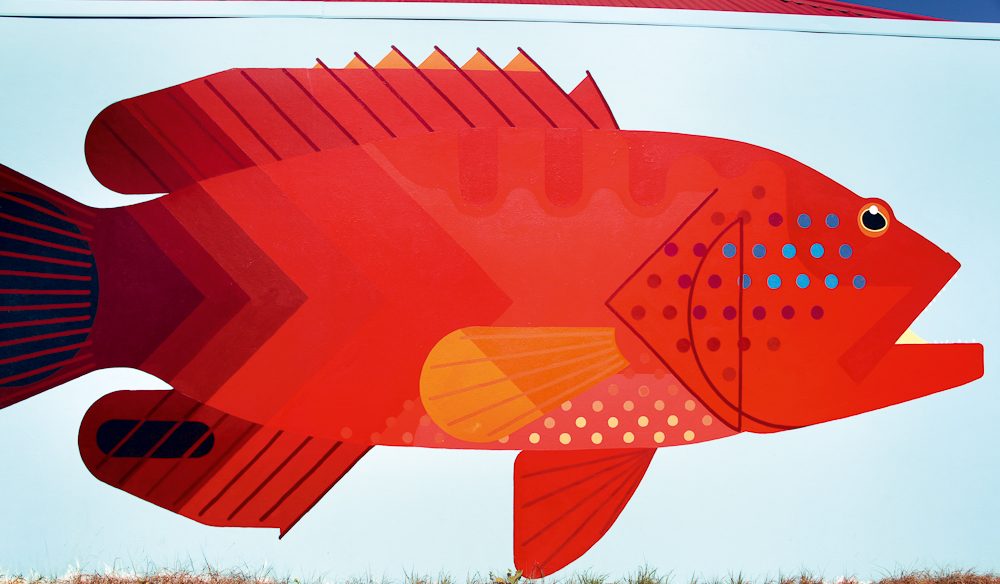 By now you’re ready for retail. March over the crossroad to the fashion strip, stepping into the Picnic-Hobbs store for gorgeous leather women’s shoes on the right, and classic and basic threads on the left.

Elroy, nearby, will keep the streetwear-loving man occupied (fun fact: it’s owned by UK musician Nick Sheppard, formerly of The Clash). If not, send them to Bossman for the strip’s best coffee (it’s a man-cave hidden down an unnamed arcade so they’ll be busy for a while).

Finish up at Department, a well-edited compilation of Australian and international designer labels. Chunky knitwear by I Love Mr Mittens, feminine shapes by Mes Demoiselles and comfy, well-fitted jeans by Frame Denim may trigger impulse buying behaviour. You have been warned.

Ooh! Look at that: it’s 5 o’clock. Beaufort Street’s bars are calling – time to shimmy back down the strip for a libation-focused education.