The insider guide to Thornbury, Melbourne 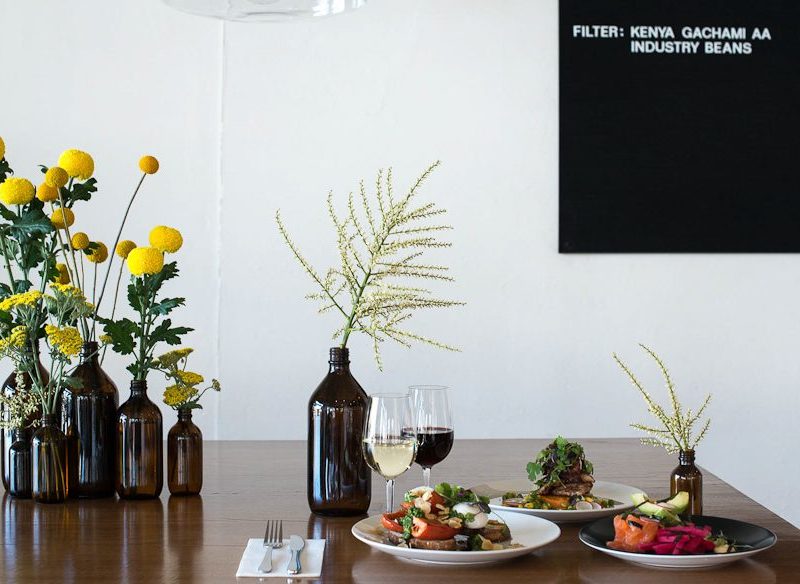 Having called it home for the past five years, Leanne Clancey takes you on a tour of a charmingly authentic Melbourne district, one of food trucks, craft breweries, and old-school fluoro-lit backgammon dens.

When the once-hip Brunswick Street in Fitzroy lost its edge in the 2000s, Melbourne’s cool gang pulled up stumps and headed north.

In the noughties, it was time for Northcote and Brunswick to shine. And shine they did, providing us with some of the city’s best cafes, bars and live music venues for well over a decade now.

Both areas are still booming, but in the past two or three years, there’s been a noticeable shift a little further north. While no one was looking, Thornbury quietly became really cool.

“When we first opened up in 2010, Thornbury had tumbleweeds blowing down High Street. There were barely any people walking past our shop, let alone coming into it,” says Marco Finanzio, owner of much-loved local institution, Umberto Espresso Bar and its newer little sister, Joanie’s Baretto.

“Now we’re fully booked,” says Finanzio. “Twice over most nights,” he adds, by way of illustrating the steady rate of progress the area has seen in the past few years.

Having long played the role of buttoned-up older sister to its highly social neighbouring suburbs, quiet achiever Thornbury has slowly positioned itself as a bona fide destination – with a bar for every mood and a growing mix of great eating establishments luring a new generation of cool-seekers.

As is common with tales of gentrification, everywhere from Brooklyn to Hackney, Thornbury’s early charm came down to that most holy trinity of rich ethnic diversity, cheap rent and a big wave of creatives moving in and calling it home.

Back when it was settled in the 1880s Thornbury (then pronounced without the ‘h’) was nothing more than farmland.

Not a lot went on in the area until a rail link was established in 1905, connecting it to central Melbourne.

From there on in things started picking up and the suburb became home to a significant intake of post-war immigrants in the 1950s, mostly from Italy and Greece.

Despite its comparatively large geographic sprawl (it spans 4.5 kilometres from east to west) Thornbury’s main action is chiefly confined to High Street.15

Head off the main drag and you’ll be hard-pressed to find much else than lots of lovely old Californian bungalows and the odd park. In fact, there’s nary a corner store to be found. But for locals, that’s all part of the charm.

“When I first moved here in 2006 it was so quiet,” recalls Thornbury-based designer, Miranda Moreira. “Back then there was nothing on High Street – definitely no cafes,” she says.

“I remember that the kids’ playgrounds were always empty then, whereas now it’s really family-oriented but with this great mix of cool cafes and bars.”

Righto then, where to start? Head north along High Street from Northcote and you’ll know you’re getting close when you see the huge neon-lit ‘Welcome to Thornbury’ sign.

Though not technically in Thornbury (it’s about 200 metres from the border) the heavingly popular beer garden and food truck park opened mid-2015 and has been a beacon for beer buffs and dude food fans from the get-go.

If commercial beer and rowdy crowds aren’t quite your thing, then head north a few doors to Trumpy – a local favourite. You’ll find spinning vinyl, cracking cocktails, great food and plenty of vibe.

While you’re at it, grab some hand-made Polish smallgoods across the street at Velimirovic – a Thornbury institution, hit up the deli at Psarakos continental market and stock up on bulk wholefoods and organic produce at Naturally on High.

Still hungry? Stroll down to Short Round, the light-filled daytime cafe serving some of the area’s best brunchy fare, or Ampersand – yet another chic lunch/brunch hotspot with an eye on specialty coffee.

With fine dining-trained chef-owner Michael Slade at the helm, British-influenced Northern Git takes things up a notch and is a top pick for great steaks.

The area’s food scene would not be what it is today if it weren’t for neighbourhood pioneers such as the aforementioned Umberto Espresso Bar, where you’ll find great pasta, warm service and bucket loads of old-world Italian charm.

Time for a tipple? With no shortage of bars, some might say drinks are what Thornbury does best.

Start with an aperitivo at cosy, Italian-inspired Joanie’s Baretto or slick, marble-lined cocktail haven, Pallino where you can also play bocce in the courtyard.

Craft beer fans should make a bee-line to the low-lit back bar at Carwyn Cellars – where, along with 200-plus bottled beers (and 16 on tap), is what just might be Melbourne’s biggest mezcal, whiskey and single malt collection.

And if that sounds like way too much choice, you could always try downing a craft beer in situ at the shed-like, roller door-fronted bar at 3 Ravens brewery.

In the five years I’ve called this ’hood my home I have definitely noticed its rise to become one of the city’s coolest corners. But it makes me happy to say, the old girl still remains pretty daggy at heart.

Whether you’re getting elbowed out of line by feisty, trolley-wielding mamas on a Saturday morning shop at Psarakos or listening to old Greek men argue about football and politics over frappé at Melissa, Thornbury still has plenty of the original charm that made me fall in love with it back in the long lost BC (before cool) era.