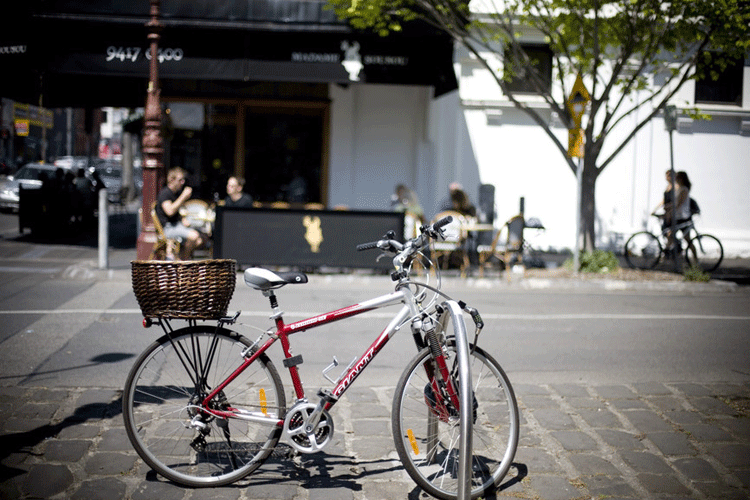 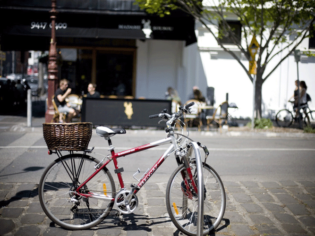 Melbourne suburbs each have their own unique personality. Local resident tells why she loves Fitzroy.
There’s nowhere else in Melbourne quite like Fitzroy. I was going for a walk the other day when I chanced upon an amateur topless photo shoot taking place down a side alley. I was interested to see what they were up to but I kept walking so as not to be a rude stare bear. “Isn’t Fitzroy fantastic?” I thought to myself.

A few days later I was riding my bike through Edinburgh Gardens, my local Fitzroy park and I saw a dog in a pink rain jacket with a Lady Gaga/ Dracula inspired, leopard-print high collar. This time I couldn’t help but stare as I thought “Okay, that is messed up. You crossed the line, Fitzroy.”

I wondered if I might have just been a bit biased; I’m not really one for over-pampered pets. Animals in the wild, that’s fine. Sheep in a paddock, go for it. Puppies…okay yes, who doesn’t love puppies? But carrying dogs around in hand bags?

But I digress. I think that Fitzroy has a great feel to it. Living along the line that separates it from Carlton, I notice the difference every time I cross Nicholson Street. For one thing, the council planted different trees. Fitzroy’s are more untamed than prim, upmarket Carlton’s; they burst into oranges and reds in the Autumn and are greener in the Summer. Fitzroy supermarkets always have barefoot buskers outside them, the coffee shops are more grungy, the parks feel wilder, the graffiti is more colourful, the bums on the trams are more creative.

Carlton’s Lygon Street is stylised and filled with alfresco coffee sippers in tailoured suits. It’s nice, but they don’t lounge in their chairs like the diners on Brunswick Street, where each bar and restaurant is completely different to the next; its streetscape seeming to have sprouted from the wild with the occasional psychedelic splashes of rainbow and mosaic benches.

The suburb is expressive. You’re less likely to be judged for what you wear or what hour of the day you start drinking. If you’re wandering around with electrified hair and a tatty overcoat and muttering to yourself in Carlton then you’re probably about to go postal. If you do it in Fitzroy, you’re probably an artist.

I really like the notion of connecting and belonging. When people cut their hair asymmetrically and dress in their little sister’s skinny jeans and grandfather’s knitted cardie, it starts to shape the identity of a place. When you go to Fitzroy you feel a part of something. That’s something that other parts of Melbourne are still working on.

So, to recap, I’m all for being weird and arty because, whether or not it’s a conscious decision, it means you’re conveying something about who you are or how you view the world.

Ok, now my question: Why does a dog need to express itself? That it took David Bowie as the inspiration for its outfit and that Bad Romance is its favourite jogging track? It’s a dog. It doesn’t have an agenda. It just has an owner with interesting “stage-motherlike” psychology. Dogs like to eat, mate and run after sticks. They don’t join subcultures. And so, my point to the pet owners of Fitzroy: please feel free to adorn yourself in whatever colourful way you see fit. Just leave the dogs out of it

// Emily is part of Australian Traveller’s Virtual Internship program. If you are a budding travel writer or photographer and would like more information about this unique opportunity, contact us at editor@australiantraveller.com