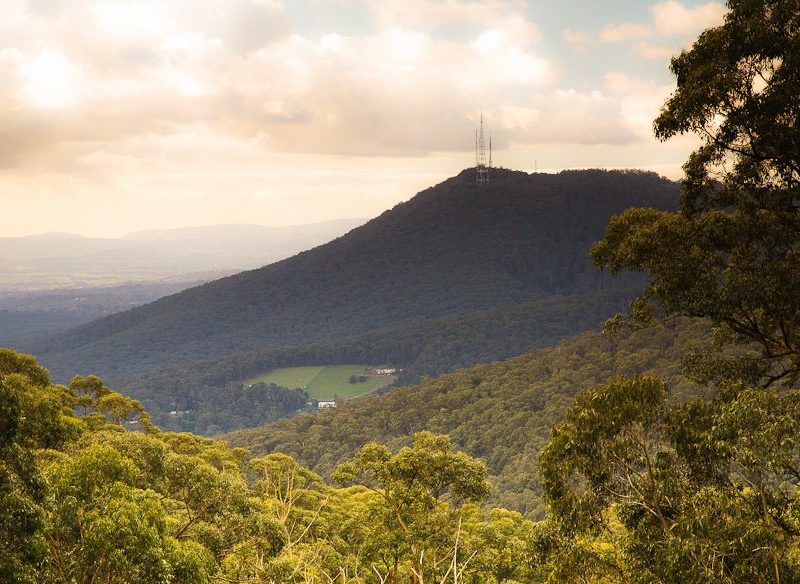 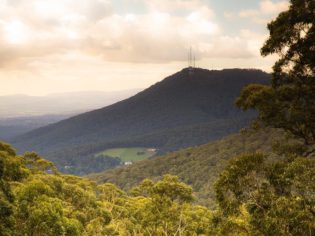 Aside from eating what is there to do in the Dandenong Ranges? Plenty, says Jocelyn Pride.

With more than 250 kilometres of marked trails traversing the lush forests there’s a myriad of hikes here, for every level of fitness. For the ultimate workout, the 1000 steps is more than a steep five-kilometre climb through a dense rainforest. Also known as the Kokoda Memorial Walk, it’s a poignant reminder of the terrain Aussie soldiers endured in PNG during the Second World War.

If you left your gym gear at home or just want an easy stroll, the 2.4-kilometre Sherbrooke Forest Falls trail is the sentimental choice. Home of the mountain ash, Australia’s largest tree species, the grandeur of this forest is overwhelming. Colourful bark hangs from the trunks of majestic trees up to 100 metres tall, with the vivid green of the ferny understorey. Although not high, the falls themselves are impressive, especially after rain. This is also one of the best places in Australia to see our 10 cent icon – the superb lyrebird (and for the younger readers among us, yes, that’s its actual name).

As a total contrast if you’re into formal gardens, there’s plenty on offer. One of the most popular is Cloudehill in Olinda. Wandering the series of walled outdoor ‘garden rooms’ is beautiful at anytime of year, but two highlights are the Japanese maples in autumn and the daffodil glade in spring. The indoor/outdoor Seasons at Cloudehill restaurant overlooks the gardens and serves scrummy breakfasts and lunches.

Meanwhile, Billy Connolly called William Ricketts Sanctuary at Mt Dandenong “the most impressive thing I’ve seen in Australia”. A place of tranquillity, the 90 life-sized clay sculptures hidden amongst the ferns was the life work of artist William Ricketts. Meticulous in detail, each figure is based on a real person and reflects the importance of the environment in Aboriginal culture.

And, even if dangling your legs over the side of an open sided train carriage doesn’t appeal, you must at least see (and hear) Australia’s oldest steam train. For more than 100 years Puffing Billy has puffed its way along the same mountain track from Belgrave to Gembrook. The historic Trestle Bridge in Belgrave is a great vantage point and each year, thousands of runners try to beat the train in the 13.5-kilometre Great Train Race.

Plan your next weekend away in the Dandenong Ranges

Mid-week Getaway from $149* per night Whether it’s a foodie escape or just a country getaway, Vibe Hotel Marysville is perfectly situated to explor...

In the aftermath of Black Saturday, time stood still in Marysville. Five years later, the town has moved on, says Steve Madgwick – and it’s time t...