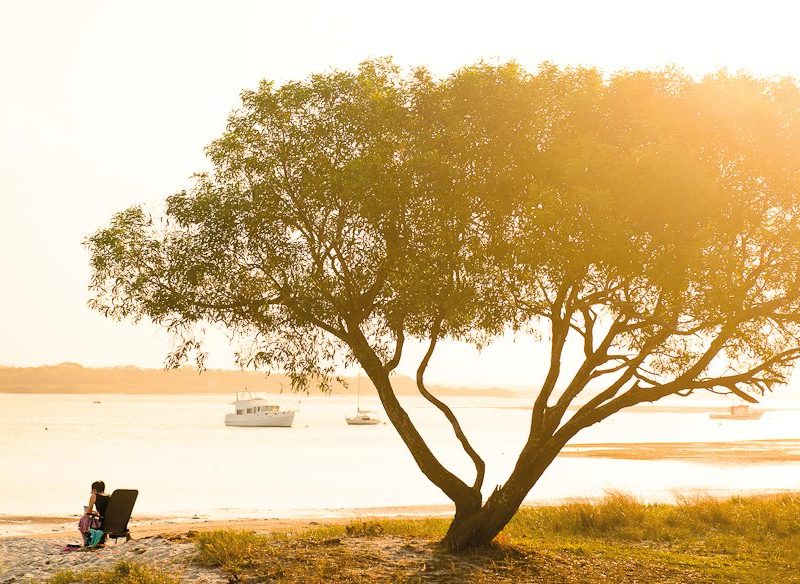 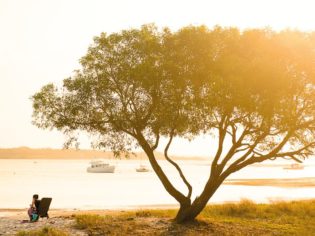 I’ve seen them countless times while flying in over Brisbane: tiny islands dotted throughout Moreton Bay, dwarfed by the hulking, sandy masses that are Moreton and North Stradbroke Islands.

Like most, I’d assumed they were just deserted speckles of sand and mangroves, not really worth mentioning.

I have been wrong before, of course, but there’s a disconcerting sensation that comes with living in a city for nearly two decades to find that you’ve completely overlooked a piece of travel – and history – gold.

From the top of Pumicestone Passage to the turtle-filled waters of the Southern Moreton Bay region, Brisbane’s lesser-known islands are surprising, to say the least.

Bribie Island may fly under the radar with most but the four-wheel drivers, day-trippers, and fishing enthusiasts who make the trip into Bribie’s national park regularly, and they probably want to keep it that way.

How to get there: Via Bribie Island Bridge from Bruce Highway.

Coochiemudlo, or ‘red rock’, in reference to the striking cliffs on the island, is a popular weekend getaway for locals who are partial to white sandy beaches, a spot of fishing and a healthy dose of eccentricity.

How to get there: Ferry from Victoria Point Jetty.

Formerly Tim Shea’s island – after the escaped convict who lived there – Macleay Island’s waters are regularly filled with the bobbing white triangles of sailing skiffs, its shores packed with locals and visitors enjoying time in the sun.

Signs of the island’s Aboriginal and European history are everywhere at sites like Pat’s Park (an oyster camp in the 1800s) and Corroboree Place’s midden.

Recently renamed – in order to shake off leftover tarnish of some 1970s land scams – Russell Island will soon go by its traditional Aboriginal moniker, Canaipa Island. Less touristy than the others, it’s favoured by fishermen and holidaymakers on the hunt for peace and quiet.

How to get there: Hop on a ferry (russellisland.com.au) from Redland Bay. 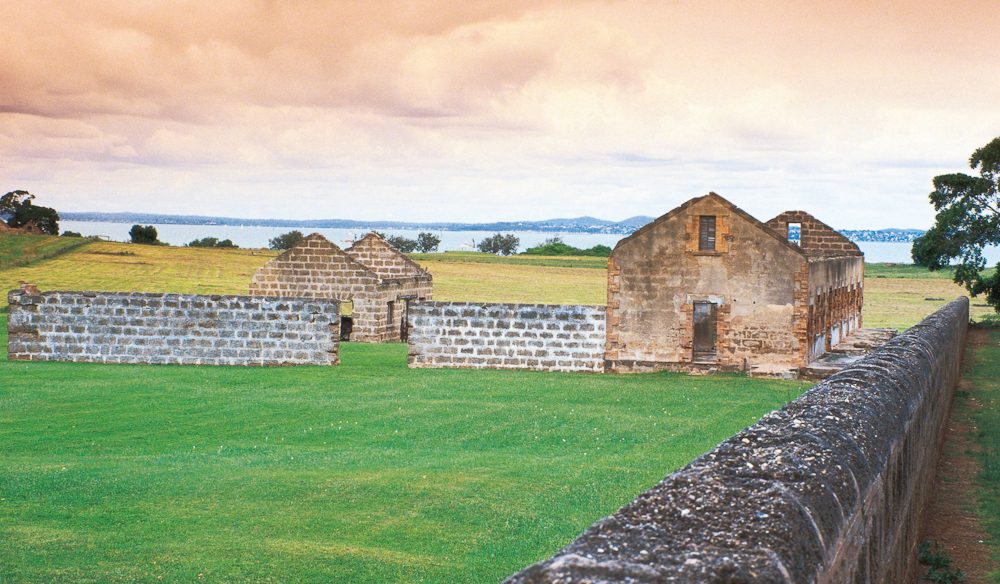 The crumbling ruins standing guard on St Helena have quite a story to tell.

Once the maximum-security prison for Queensland’s most intractable prisoners, it became known as the ‘Hell Hole of the Pacific’.

The heritage-listed remains paint a desolate picture at odds with the picturesque natural environment. Tours leave from Manly; choose the day option, or the more spooky night-theatre version.

How to get there: Tours depart from Wynnum Manly Tourism and Visitor Centre (sthelenaisland.com.au), or there is private boat access with ranger approval.

One for the anglers, Green, Peel and Mud Islands are a trifecta of fishing heaven.

Peel Island was once a leper colony, but don’t let that put you off; the stunning beaches, including Horseshoe Bay, are filled with the aquatic species that frequent Moreton Bay.

What remains of the historical lazaret community is still open to tourists. In 2007, the island became Teerk Roo Ra (‘place of many shells’) National Park.

How to get there: You’ll need your own boat.

The two smallest Moreton Bay islands, Lamb and Karragarra both have designated swimming enclosures for cooling off, and plenty of shady spots for a picnic.

How to get there: Hop on a ferry or barge (russellisland.com.au/ferrybarge.htm) from Redland Bay.