Inside New Farm: one of Brisbane's oldest suburbs 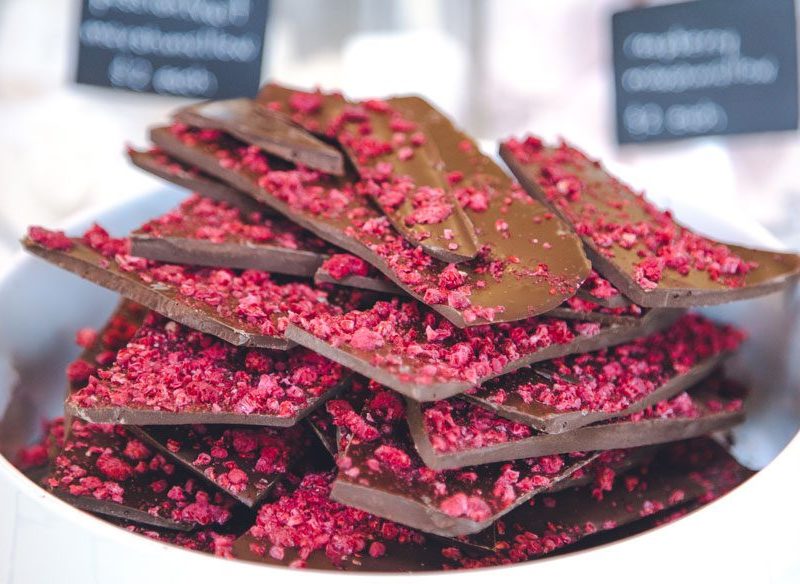 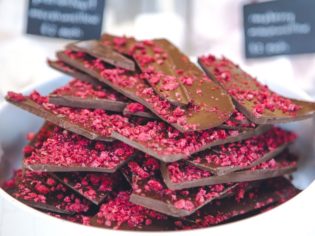 It’s one of Brisbane’s oldest suburbs, but new blood continues to invigorate this classy dame. If you scratch the resplendent Queenslander architecture and shiny SUV exterior, you’ll find her artisan edge.

New Farm was once known as Brisbane’s ‘Little Italy’, but these days it’s perhaps better known for what must be Brisbane’s highest barista-to-resident ratio. However, the ’hood’s origins were as literal as they come.

The peninsula was used as fertile farming land for settlers from as early as 1827 and, while much has changed since those early days, Brunswick Street was and still is its lifeblood.

Horse-drawn trams clopping along the road from the Valley to the river were soon superseded by electric ones, but even these were given the flick in the late 1960s.

Only the old power station remains, now standing as the Brisbane Powerhouse.

Its industrial brick facade cuts an imposing backdrop for the Saturday morning Jan Powers Farmers Markets where a friend and I start the weekend off as the locals do, picking up flowers, fresh fruit, and gluten-free Nodo donuts, clutching our coffees as we browse the stalls.

If it were the last weekend of the month, we could return tomorrow for the Suitcase Rummage markets where wardrobes are upturned and literally sold out of suitcases lining the paths.

The Powerhouse is the home of Brissie’s incarnation of Moonlight Cinema in summer, and a constant stream of wedding photo shoots.

Inside, everything from comedy shows to TED talks, live music, cabaret shows and the annual Nikon-Walkley photojournalism awards exhibition builds the eclectic ambience that spills out to Bar Alto, overlooking the river.

We stop for breakfast at Pablo, where the smashed peas with zucchini, feta and mint salad, bacon and herbed fried egg would make a fitting last supper, then wander up to check what’s playing at the heritage-listed New Farm Cinemas and grab takeaway baguettes and gooey eclairs from Chouquette.

The French bakery is 10 years old this December but a hungry queue of Francophiles still snakes out the door every Saturday.

Across the road, newer kid on the block New Farm Confectionery beckons with its crisp white-tiled interior and handmade, small-batch marshmallows.

These delicate pillows of joy are flavoured with real fruits, Madagascan vanilla and oils – basically what the sugar gods would have wanted – but we also can’t resist their couverture rocky road and ginger and lime caramels.

For purists of a different kind, it’s not hard to guess what the crew at Death Before Decaf, a little further along Brunswick Street, specialise in.

This 24-hour coffee shop looks more tattoo parlour than coffee shop, and makes the perfect spot for a mid-morning refuel.

Feeling in danger of full-blown diabetes by lunchtime, we stroll to the end of Merthyr Road.

We could catch a ferry into the city or walk along the Riverwalk – the original suspended walkway washed away in the 2011 floods and was resurrected in September 2014 – but today we’re turning left and heading straight for the Merthyr Bowls Club.

As far as aspects go, this local’s secret has location, location, location and then some, perched right on the riverfront. Roll up for a game of barefoot bowls for just $5 and sip a post-match beer that tastes so much sweeter due to its price tag.

If shopping is more your sport of choice, make your way into Merthyr Village to lose an hour in New Farm Editions then, if you’re thinking about kicking back with a picnic lunch in New Farm Park later (and you should), stock up at New Farm Deli.

A five-minute walk up Brunswick St, homewares magpies will go crazy for Black and Spiro, the flagship store of interior decorator and textiles designer Anna Spiro – she of Halcyon House fame.

Otherwise, if you prefer tipples to textiles, head right down Merthyr Road towards Bitter Suite to take your pick from seven tap and 40 bottled craft beers and cider.

As the lights of the Story Bridge dance to life across the river, set your GPS for Balfour Street to find the gorgeous Queenslander cottage-turned boutique hotel, Spicers Balfour.

The food here is outstanding so, even if you’re not staying overnight, take in the view from the rooftop bar then head to the balcony for dinner.

We start with chunks of freshly baked bread smothered with smoked-salt butter, and share the lamb rump with enoki, tomato raisin, kale and sherry; and crispy roast duck breast; alongside a hefty dollop of truffle oil-infused mash.

While the pulsating throng of Fortitude Valley is mere streets away, I’m quite happy it’s hip to be classy here, and call it a night after dinner.

At least I know there’s 24/7 caffeine available to propel me back into the night if my friend tries to twist my arm.