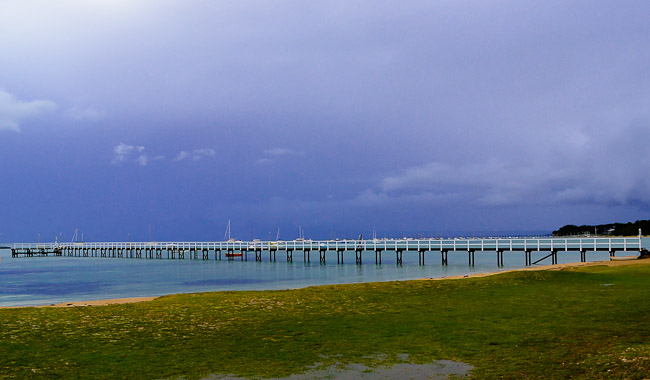 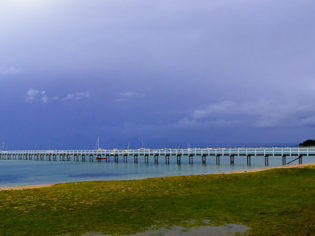 For most of us, Sydney to Melbourne is strictly a Hume Highway affair. But you’ll get a lot more than beautiful scenery if you ride the coastline instead, says Bridget Mahony

I’ve been quite curious about the stretch of coastline between Sydney and Melbourne for a while now – especially since so many rush along the route, promising themselves they’ll return one day to explore the drive properly. So when Sydney began to brace herself for wild weather and flash flooding, I decided there was no better time to pack up, hire a car and head south.

But I had no accommodation booked and no set towns in which to spend the night. Nor did I have a map. So after 45 minutes, I was pulling into the Southern Gateway Centre at Bulli – a decision that led to an unexpected reward: the magnificent coastal view from the centre’s elevated platform. Stepping onto it, I got the first glimpse of what was in store for me over the next eight days.

Back on the road, a short time later I was wandering down the main street in Kiama, an unassuming yet trendy town with timber terrace houses turned into speciality shops and eateries. Sandy beaches surround the rocky headlands and lofty Norfolk pines flank the road to the lighthouse and famous blowhole just beyond. You could easily lose a day here or settle in for a whole week.

South from Kiama, the road wound its way through lush green farmlands, with the towns of Gerringong and Gerroa offering more impressive views over the Illawarra Coast.

Berry was first stop the next day, a rural village set in leafy surrounds against the backdrop of the Cambewarra Ranges. It is the perfect place to spend a lazy morning among the boutiques, cafés, galleries and providores.

I took a detour just minutes out of town to Silos Estate. After I’d sampled several wines, its boutique accommodation quickly started to look as tempting as its awarding-winning restaurant; but it was only morning, so I hit the road again.

Near the township of Vincentia on Jervis Bay, I went for a stroll on picturesque Hyams Beach, which boasts the whitest sand in the world. Despite the overcast weather, the scenery was gorgeous and I didn’t doubt the whiteness claim.

Down the road I see the ruins of the ill-fated Cape St George Lighthouse, built in the wrong location and then associated with a series of tragic events. It set the scene for reading about wrecked ships and eery stories of the lighthousekeepers, before I finished another day with a meal at The Huskisson (formerly

The Husky Pub before its refurbishment this year) watching paddleboarders ride the waves.

I left town early on day three, arriving in Ulladulla as the sun rose. Turning off the Princes Highway north of Batemans Bay I followed the signs to South Durras. Unspoilt and superbly located, it’s home to Durras Lake and bordered by Murramarang National Park. Kangaroos bounded across the road, surfers took advantage of the swell and kayakers braved the gusty conditions on the lake. Had I not been intent on leaving the coast road for a night’s detour to Canberra, this is where I would have stayed.

A day later I was returning to the coast from the capital on the Kings Highway and stopped at the halfway point, Braidwood, with coffee on my mind. I stopped in at the Braidwood Bakery and it was a hive of activity, the door left swinging by the constant stream of travellers.

Braidwood is a town settled in the 1820s and it has a distinct charm, with 19th-century buildings dominating the wide main street. In the Gold Rush era of the 1850s, infamous bushrangers made it a town to be feared.

On the way back to the car I spotted a sign for Dojo Bread. Occupying one of Braidwood’s oldest buildings, this bakery is hidden up a laneway; its location made me feel like I’d made the discovery myself. If it’s bread you’re after, then this is the place: real bread, made the real way.

Back on the coast after a slow journey through the thick fog and rain of Clyde Mountain, I continued south from Batemans Bay through an inundated landscape. The Tuross River had moved in on nearby paddocks and made islands out of caravan parks.

I travelled through Mogo, Moruya and on to Narooma, where I would stay for the night, but as it was still only early afternoon I took a short drive to Tilba. This beautiful village exudes character; weatherboard cottages showcase the work of local jewellers, painters, leather craftsmen and woodworkers. Between showers the sun shone on the hills rolling down from Mt Dromedary.

Before leaving Narooma the next morning I got my caffeine fix at Montague Coffee before driving down to Wagonga Head to see Australia Rock, with its natural hole in the rough shape of Australia (minus Tasmania). It’s a spectacular photo opportunity, but I got a little more than I bargained for when I stepped up on a rock for a better angle and came across a sleepy seal. He opened his eyes and squinted in the sun, and I snapped away until he sneezed or growled (hard to tell).

Turning off the Princes Highway again in favour of the coastline-hugging road to Bermagui, I weaved my way though the stunning Mimosa Rocks National Park and on to Tathra, where I watched the waves crash and swirl beneath the historic timber planks of its iconic wharf.

South of Merimbula, a town bustling with locals and tourists alike, I succumbed to the lure of the surf at Pambula Beach, if only for a short time. I parked the car 2km away to walk through the old village of Pambula, a worthwhile stop for its history, local produce and art culture.

In Eden, somewhat tired and indecisive, I began my search for somewhere to stay. After a couple of phone calls I was hooked by somewhere offering wine and cheese, a spa and breakfast. Moments later I had checked in at Snug Cove B&B and was enjoying a glass of wine with the hosts looking out over
Twofold Bay.

On day six, I rejoined the Princes Highway and finally crossed the border into Victoria, then turned off the highway again for a side trip to Mallacoota, Victoria’s most easterly town. The windy road was quite an enjoyable drive until I rounded a bend to find a motorhome that wasn’t having too much fun. Sensibly, it was only doing about 10km/h yet it was still taking corners like a golf buggy on a ski run.

It acquired a growing convoy, but we soon pulled into a car park on the inlet to be greeted by a peaceful morning scene, with pelicans waiting hopefully as fishermen cleaned their morning’s catch, and people strolling by taking in the view. The natural attractions of this idyllic village will leave you captivated.

From Mallacoota I continued west to Orbost, where I detoured down to the Bodribb River jetty in Marlo to step aboard the Paddle Steamer Curlip; a 65ft, steam-powered replica of the original PS Curlip, which operated on these waterways from 1889 to 1919. The replica’s construction had united the entire community.

After seeing where the Snowy River meets the sea, I explored the isolated beaches of Cape Conran before continuing west to Lakes Entrance and a warm welcome at The Goat and Goose B&B. From its commanding position on the hillside it offers extensive views over Bass Strait.

The next day, Bairnsdale and Sale both passed barely visible through heavy rain. From Sale, the Princes Highway heads west straight to Melbourne, but instead I turned south onto the South Gippsland Highway through Yarram, Welshpool, Foster, Meeniyan and on to a coffee at the Koonwarra Store and Café – a mecca for locals and tourists alike. It was late afternoon by the time I checked into a cabin at the Inverloch Resort – not a moment too soon. A dark sky had advanced, bringing with it forked lightning, thunder and a deluge of rain.

The bucketing rain continued the following day. Mid-morning saw me in Sorrento on the Mornington Peninsula, a seaside village with style, sophistication and some magnificent limestone buildings. A reservation at Plantation House B&B sorted, I drove back out to Red Hill. It’s another beautiful spot, but the view from Arthurs Seat left me in no doubt that the inclement weather had unfinished business: thunder, lightning, torrential rain and, just for something different, hail struck while I was driving back to Sorrento.

The rain had been an almost constant companion on this road trip and the final day was no exception as I dropped off the car at the rental company just outside of Melbourne.

I began to think about those who had done the coast road in less time and resolved to return. I’d become one of them: I was coming back too – when the weather was better!