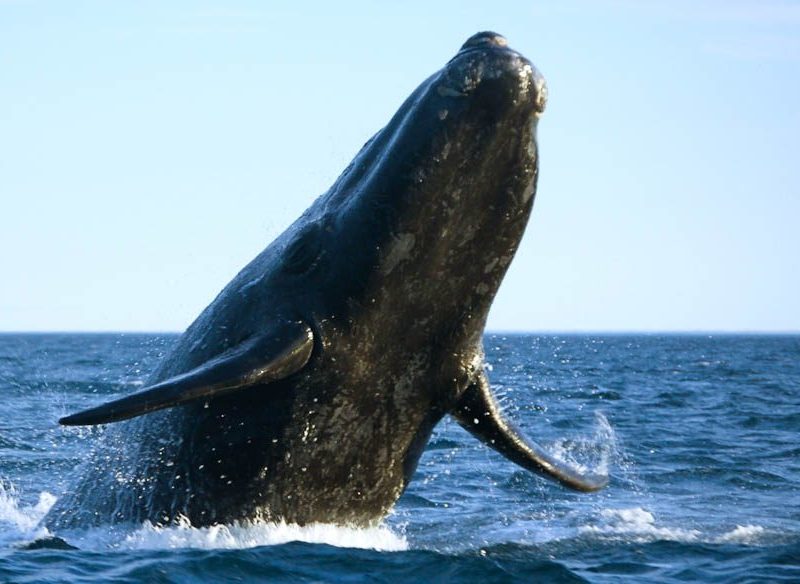 Recent sightings of Southern Right whales off Australia’s east coast have given hope that the threatened species may be returning to old haunts.

Once pushed to the brink of extinction, the whales have been spotted off Sydney beaches Curl Curl (in the north) and Cronulla (in the south).

“The recent sightings are very exciting as it means that the species is slowly returning to NSW bays and inlets to give birth and ‘hang out’.”

The service is warning people using the bays and inlets of NSW to keep an eye out for the species, which likes to swim in shallow waters, is difficult to see and travels slowly.

An aerial survey of the Southern Right migration (from Sydney to the Victorian border) will take place from 15 August until 15 September.

1. Head to a coastal national park instead of spotting from a vessel.

2. Check the weather and pack the essentials:  warm clothing, sturdy shoes, binoculars, camera, food and drink – and a camping chair for comfort.

3. Research: The Humpback and Southern Right whales are the most common along the east coast, but you may also spot Blue, Minke, Sperm and Orcas

4. Get to know typical whale behaviour (breaching, tail slapping etc) so you understand what’s going on below the surface.

5. Look out for other wild life: dolphins, seals and other seabirds are common sights in whale watching season.