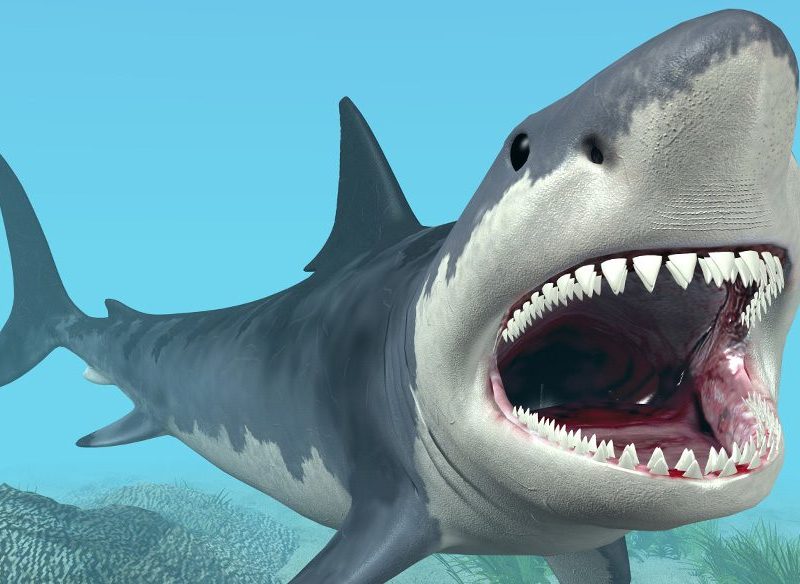 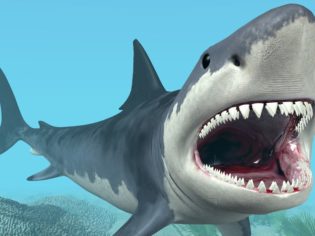 I have a phobia of sharks. Not a fear – that’s healthy and somewhat controllable. This is a phobia. I can’t look at a photo of any shark without my heart beating faster. When I was young I used to panic in the shower because the screen made me feel like I was in a shark cage. That’s a phobia.

I know exactly how and when my phobia was imprinted on my brain and nervous system. It was keenly fostered, developed and encouraged by my sister forcing me to see photos of men with one leg missing, gushing blood, lying on the deck of a ship somewhere in theGreat Australian Bightafter an unplanned encounter with a Great White (my heart is racing just typing this). She drew so much joy from the paralyzing fear these images would have on my seven-year old body.

These malevolent and aberrant images were in a book titled Shark Attacks and Shipwrecks. What sick mind decided that was a great idea for a book?

But after the Facebook fans of Australian Traveller were corralled and cajoled by AT Wire editor Alissa “The Dare Master” Jenkins, they voted on a number of dares for me to do based on a bet that I lost. The result? I was off for a dip with the sharks.

The setup for a shark swim at Oceanworld is very good. The day starts with a short tour of the aquarium where the entry points and the exit points for the swim are pointed out and some background on these prehistoric beasts is explained.

“Grey Nurse sharks are really not interested in you. When you are in there, you will find it really very peaceful,” says our dive leader Simon.

My fellow divers – two American backpackers and a mid-20s couple, seemed to be reassured by this. I’m not buying it.

All I can see are these incredible sets of needle-sharp teeth floating above my head in the aquarium. My head knows that Grey Nurse Sharks are relatively harmless. My nervous system doesn’t.

The briefing in the dive room just makes it worse thanks to the soundtrack – Jaws. That music STLL makes me get out of the pool. If my wife wants to mess with my head she just hums a few notes and I freak.

I turn my head and try to think of something nice, like my one-year-olds’ laugh or inflicting pain on my sister.

Simon then mentions that it was very rare for a Grey Nurse to bite humans. He used to say never, but a diver was in fact bitten by one about a month ago. I know this because all my mates who know of my phobia felt it necessary to share the YouTube video.

Simon and his assistant Amelia are great, giving easy-to-follow instructions so we soon can all breathe underwater, clear our goggles and unblock our ears in the training pool. We are set.

The first hurdle is to crawl from the training pool to the first area of the aquarium, which is sans Grey Nurse sharks but full of curious Wobbygongs and Port Jackson sharks – harmless unless you get all Steve Irwin on them.

My immediate sensation is of wonder. I love being underwater with the animals at their level and in their environment. Clichéd I know. The turtles glide overhead and the silence of the surrounds is magnificent.

Sliding over the walkway to the other side of the tank, we then walk like astronauts on the moon towards what I feel is the chamber of death.Standing on the ledge of the walkway exterior, inside the aquarium, I am on shark highway, interrupting their route around the aquarium.

Looking to my right I can’t see anything but approaching teeth, followed by beady eyes and a dorsal fin. I almost put my own burly in the water.

The slow, steady determined swim directly at me is frightening. I have to turn away, but end up facing another jagged smile go past, just over a metre away. I look back to the right and that damn shark is much closer.

When it’s just 50cm away it slowly, serenely alters course to glide gracefully past. I think the enormous whites of my eyes or banging of my heart may have acted like a diversion.

Throughout the dive, I never get comfortable with the sharks’ direct approach or being so close to their teeth. One glides just 20cm above my head and when Simon signals I should keep my arms closer to my sides (otherwise they could be mistaken for a feed) I nearly put burly in the water again.

Fear and nausea aside, I LOVE IT. I love how they so effortlessly swim, how they never create a drag. I can’t understand how they propel themselves, their fins and tail never seem to move yet they keep a steady pace. It is masterful.

Due to my phobia, I have never been open-sea diving but today has made me seriously want to go. For anyone who wants to test out diving, this could be a good starting point.

Stepping out of the pool, I am elated. Not Hewitt-fist-pumping elated, but a quiet happiness. Maybe those dastardly meshed up teeth transferred a bit of their karma.