Parramatta: the shape of things to come 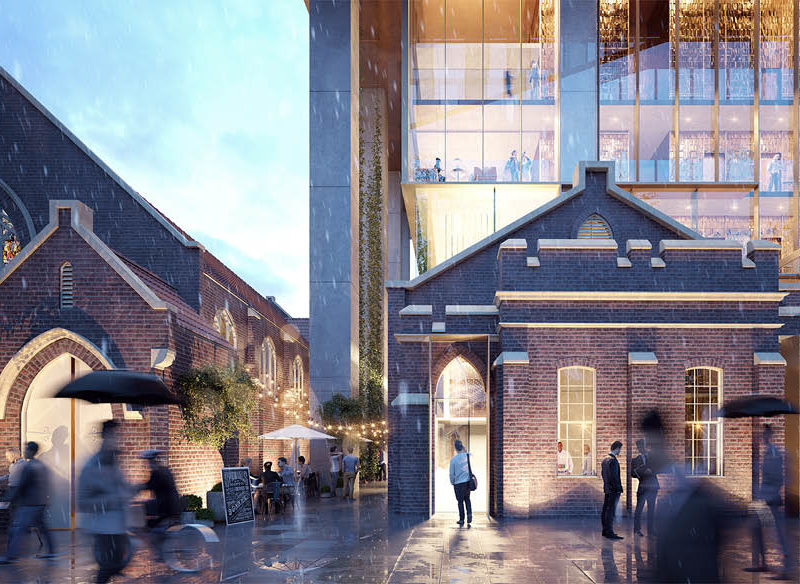 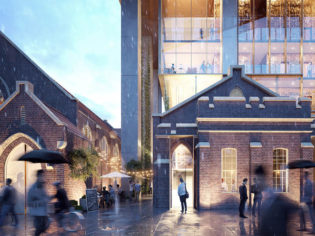 Fine-diners and boutique hotels: it’s not the Parramatta you know but it’s time to pay attention to Sydney’s second city.

Parramatta has a stigma attached, but it’s shaking it off fast. The western suburb is the geographical centre of Greater Sydney, halfway between Bondi and Penrith, and for years the NSW government has touted it as the next big city centre.

Progress has been stop-start and cynical Sydneysiders remained unconvinced. But perceptions are finally shifting. Pay a visit to Parramatta today and you can see the change happening in real time.

The train to Parramatta is an easy 25 minutes from Central station (or a more leisurely river cruise from Circular Quay). Hop off and orientate yourself on Centenary Square, next to the Town Hall, which was the site of the first market place in Australia.

Beyond, scaffolding conceals the new three-hectare precinct that is taking shape: Parramatta City Council’s multi-billion dollar revitalisation of its city centre. When complete (estimated to be in 2019), Parramatta Square will include a cutting-edge library, art gallery, open-air festival space, university campus and myriad landmark architectural feats.

Centenary Square leads onto Church Street, known for its proliferation of restaurants that run the gamut from Dominoes and Grill’d to family-run joints serving everything from Sicilian to Middle Eastern fare. Gelato Messina popped up here in 2014; always a surefire sign that gentrification’s afoot.

All down the street is further evidence: as lively and characterful that Parramatta feels on a sunny Sunday, half of it is under construction, with work-in-progress buildings on (what feels like) every corner advertising luxury apartments. One of 8 Phillip Street’s luxurious designs, is the beautiful infinity pool.

One of these developments is the Woods Bagot-designed 8 Phillip Street by property group Coronation. Its visual identity is targeted at cool, young urbanites and its apartments will be complemented by such ‘lifestyle’ perks as a rooftop bar, infinity pool and world-class eateries. It was announced recently that Sake and Rockpool Bar & Grill will open at 8 Phillip Street, as well as an outpost of the designer hotel chain QT that will include a spa and signature QT Bar & Grill restaurant. The combined look of all this looks set to symbolise the Parramatta of the future.

A raft of cultural institutions is also being transposed to Parramatta. Iconic short film festival Tropfest was moved from the inner-city to its new venue, Parramatta Park, this February, and Sydney Festival has introduced an increasing amount of its program here over the past few years.

Raffles College of Design and Commerce opened a campus in 2015, and plans to relocate the Powerhouse Museum from Ultimo to Parramatta are ongoing. These complement a vibrant culture that already exists in Parramatta – in its stalwart Riverside Theatres, its multicultural energy and even in its older buildings (Australia’s first grid city still contains many heritage gems).

According to those on the ground, this existing culture of multiculturalism is being carefully considered in all government planning; and the change that is happening is positive and necessary. With increasing numbers of young people and families being priced out of the city, Parramatta’s population is forecasted to grow by 40 per cent by 2031. And the appetite for new offerings is already there.

With all the right ingredients in place, one question remains – can a cultural hub actually be contrived? Andy Canestrari owns White Henry, a hidden treasure of a cafe and community hub that’s tucked down a laneway in the business district. Identifying Parramatta as an area with potential for growth, he opened in 2014 and has already seen the effect of change. Trained in architecture, he reflects on this question. “I know that environments can definitely be built or adapted to a different purpose, but I also know that this is astoundingly hard to do well… [Parramatta’s is] a full-blown, uncompromising redevelopment that promises to bring about holistic change throughout the city. So if the change that [it] is undergoing does not achieve the desired outcome, it won’t be because not enough was done.”

“My opinion on Parramatta is that this is a beginning,” says chef Stephen Seckold (ex-Flying Fish), who is overseeing Husk & Vine, a new kitchen and bar that will soon be joined in its Macquarie Street precinct by Skye, Parramatta’s first five-star boutique hotel. “Obviously one restaurant and one nice hotel isn’t going to change the world, but it has to start somewhere and I think probably in four to five years we’ll see Parramatta hitting its stride. It will be the second city, and it’s because the government wants it to be and I think it needs to be.”

Walk the streets of Parramatta today and you’ll find an interesting tension between what is and what will be. As new restaurants, bars and cafes emerge on the scene, seize the chance to enjoy them at ‘Parramatta prices’ before the inevitably of gentrification sees the area catch up with its inner-city and eastern suburb counterparts.

“It will get there, but by that stage hopefully Parra will be buzzing and it will be a lot different,” says Seckold. “It’s quite exciting for Sydney I think, to see the second city start taking shape.”

– Circa – Modelled on a Melbourne laneway cafe, Circa has been serving great coffee and creative breakfasts in Parramatta since 2010. 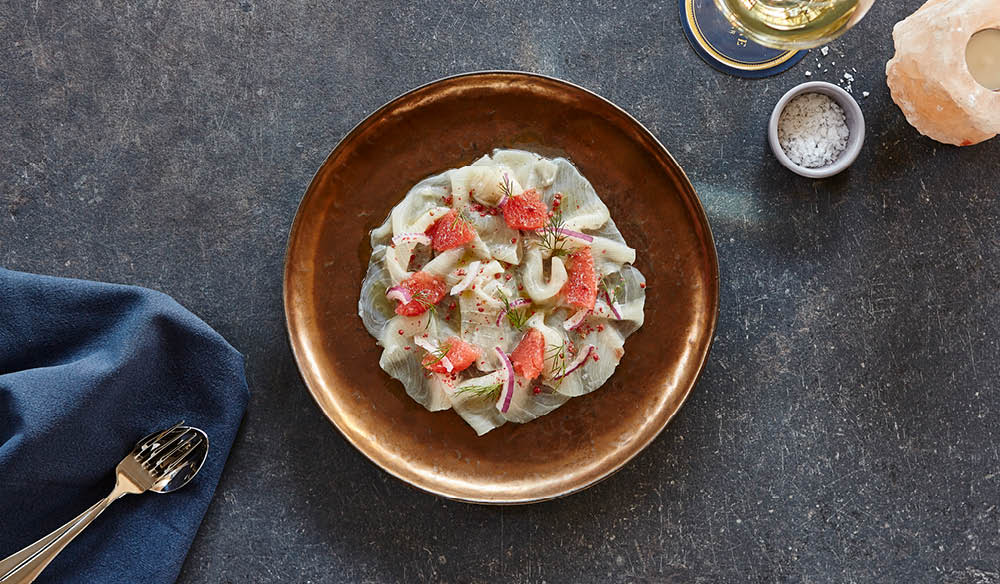 – Husk & Vine – Parramatta’s new slick eatery and bar with a menu overseen by ex-Flying Fish Stephen Seckold, based on the concept of modern comfort food. Husk & Vine has been opened up in Macquarie Street precinct by Skye. 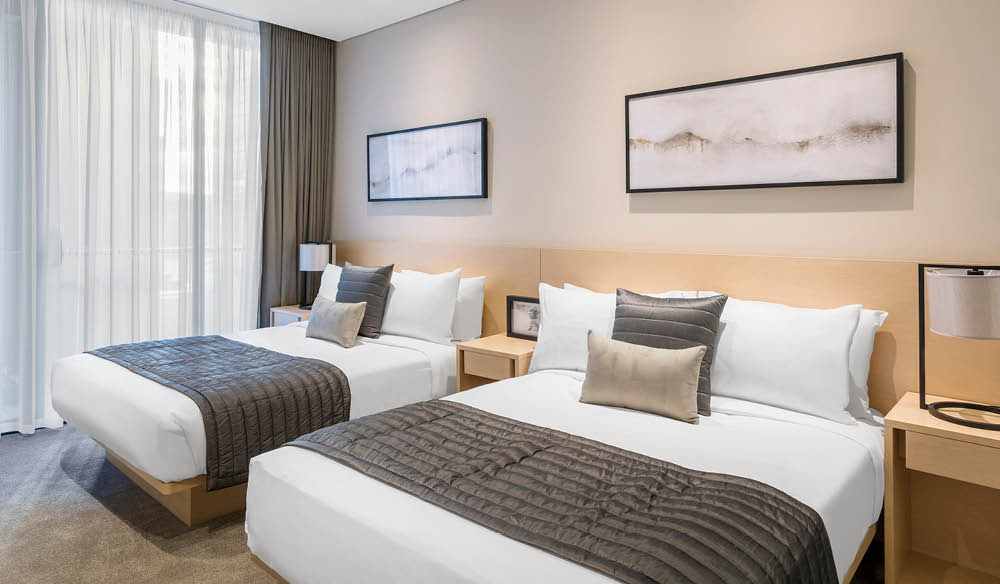 – Markets and festivals – Keep track of Parramatta’s roster of markets and events, from farmers’ markets every Friday to events such as the Asian arts festival Parramasala.