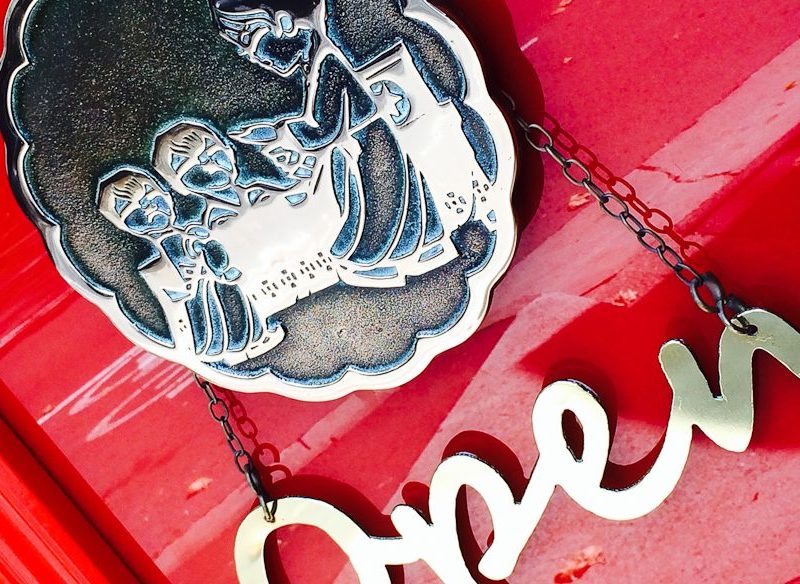 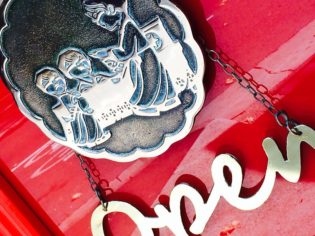 Take a walking tour of Sydney’s heart of cool, Surry Hills – its best restaurants, newest bars and the only places you need to shop. Leigh-Ann Pow is your guide.

If Sydney has a hipster heart it undoubtedly beats strongest in Surry Hills, an intricate rabbit warren of streets housing funky cafés and award-winning theatre companies, creatives’ offices and hatted restaurants, chic boutiques and multi-national businesses located on the southern fringe of the CBD.

A heaving, heady mix of cultures, crafts and attitudes, its occupants run the gamete from the well-heeled to students, to social housing residents to recent converts (read: hipsters) and old timers who have tracked the significant changes in their neighbourhood over the past few years from the front porches of their terrace houses or the bar of their (ungentrified) local.

The suburb started its long journey to hip ’hood status in the 1790s when private land grants transformed it from a sand and sandstone wasteland into a collection of generous farms (including Surrey Hills Farm from where the suburb eventually got its name, owned by Joseph Foveaux, who became the namesake of one of its major streets), many anchored by grand manor houses. Subdivisions from the 1830s onwards resulted in the proliferation of the terrace houses that would come to characterise housing in the suburb (and still do).

By the 1890s the area’s population had grown to almost 30,000, and more industry, with coach building, blacksmiths, tanneries, ginger beer makers, printing works and the rag trade (which would stick around for well over a century), all took up residency in the area. But the onset of an economic downturn at the end of the 19th century had a devastating effect on the crowded suburb. As a result, during the early decades of the 20th century Surry Hills became a hotbed of poverty and crime, and the suburb only really started to see significant change from the 1980s onwards.

Today, the bulk of Surry Hills is largely contained within a wide rectangle bordered to the west by Chalmers Street, on the south by Cleveland Street, to the east by South Dowling Street and on the north by Campbell Street, making it an easy prospect for discovery at street level. If you favour a more ‘wander and see where you end up’ approach to life, then you are going to love going this way and that down the higgledy piggledy streets.

The best place to start when hitting the street is the Chalmers Street side of Central Station, a favourite meeting place. From there head right towards Devonshire/Buckingham streets for a fortifying coffee; try Devon (76 Devonshire St) for a strong brew and an Aphrodite’s Bowl of warm rice pudding, rose, pistachio and fig; Blacksmith (116 Chalmers St, 02 9690 0103), with its super rustic fit-out of forged iron everything; or Cook and Archies (4/14 Buckingham St), which is always jam packed with creative types from surroundings offices.

First stop to find some seriously great design (a cornerstone of Surry Hills’s appeal along with all the coffee and food) should be Extinct (585 Elizabeth St), Dinosaur Designs’s appointment-only store, where samples and seconds can be had for a fraction of the normal retail on its gorgeously tactile resin designs.

After that, you should pop next door to Great Dane (613 Elizabeth St) or Vampt Vintage Design (486-490 Elizabeth Street) nearby on Elizabeth St for a fix of sleek, sexy vintage Scandi design, if that’s your thing.

Next head to Crown Street (walk up Buckingham or Cleveland streets, a much gentler incline than Foveaux St), where a cluster of must-visit stores rub shoulders: Paper 2 is a divine stationers selling everything you could ever need to wrap and write with (477 Crown St); Mrs Red & Son with its bright red lacquered doors and quirky Asiana (427 Crown St); and Kido Store (475 Crown St), which has a roster of too-cute-to-believe fashion, accessories and décor for the mini hipster.

And if by happen chance you are visiting the area on the first Saturday of the month then Surry Hills Markets, which pops up in Shannon Reserve on the corner of Crown and Collins streets, boasts totally fab vintage fashions and brilliant people-watching (see shnc.org). Don’t even think of leaving the area without a side trip to ici et là, where you will find pieces to fill a Francophiles heart: striped deck chairs, vintage furniture, zinc letters and jaunty espadrilles (7 Nickson St).

Eating (more) in the Hills

By now it must be time to eat again (as if any excuse is needed around here); maybe on Bills’s classic corn fritters (359 Crown St), a flaky pie at the original – and still the best – Bourke Street Bakery (633 Bourke St), or designer pub grub at The Clock, The White Horse or The Dolphin (470, 381 and 412 Crown Street respectively).

Dinner options are endless, from handmade stacks of beef and buns at Chur Burger (48 Albion St) to laid-back Italian with pops of colour at Besser (at the former home of Billy Kwong on 355 Crown St). Then there’s tapas with serious cred at MoVida or Bodega (50 Holt St and 216 Commonwealth St) to absolutely everything cooked over a flame at Firedoor, the hottest ticket in Surry Hills right now (23–33 Mary St).

If you have any life left in you after a full day of walking and eating, finish things off with cocktails and a flick at Golden Age cinema, originally Paramount House, built in the late Deco style of the 1940s, with its elegant former screening room cinema and roster of indie titles and classics that attract a young and yes, you guessed it, hip crowd.

In summer, a great way to while away the afternoon (and ensure you don’t spend any more money) is with a swim at Prince Alfred Park Pool, before taking up position under one of its giant bright yellow sun umbrellas. During the cooler months you might want to keep moving, so wandering the streets checking out the divergent architecture with coffee in hand (grab one at Single Origin Sideshow at 58 Reservoir St) is fun – stick a pin in the map to decide where to go or follow Commonwealth Street, Mary Street or Albion Street, diverting down intersecting streets that look interesting.