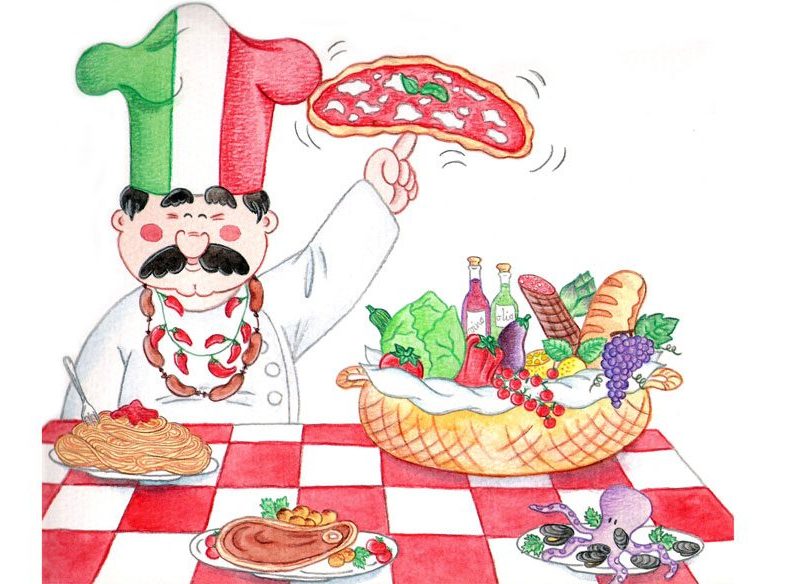 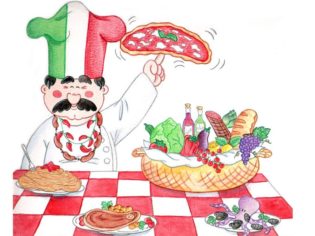 If you’ve ever fancied yourself as a bit of an amateur Jamie Oliver, you’d better take a trip to Sydney’s Annandale for a reality check, writes Solveig Walkling.

Back to the Beginning

It is not often that you find yourself in the middle of a work assignment having sudden flashbacks to a time when you wore your hair in pigtails, were the proud owner of a flashing yoyo and believed Santa only brought toys to good girls.

Standing in the middle of Luciana Sampogna’s Cucina Italiana in an inconspicuous residential home in Johnston Street, in front of me a heap of dough, I put the flashbacks down to the sensory stimulation of kneading the mass. Not only does the pasta dough resemble playdo an awful lot but it also reminds me of a day in kindergarten – I must have been three or four – when our teachers made the mistake of getting a group of over enthusiastic toddlers to “make pasta”. The result was every which shape you could possibly imagine fashioned from dough but nothing even remotely resembling the Italian national dish.

The evening at Cucina Italiana started in a similar fashion to my first encounter with fresh pasta some twenty-odd years ago. A group of willing apprentices watches their instructor as she craftily creates a perfectly round dough before instructing her pupils to get to work with an encouraging: “The main part [to Italian food] is really making the pasta. That’s why many people fail.” Everyone slowly ambles to their workstation to attack the heap of dough and solitary egg with gusto. I mill Luciana’s words over an over in my mind and try to neither “drown” my dough “tsunami-style”, as she put it, nor smother it in flour “drought-style”.

A little eggshell in the mass, 10 minutes of kneading and some help from Luciana’s assistants later and we have all survived the first test of the night. The dough – and the pupils – are ready to rest. (And we won’t speak of the one hapless cook whose dough turned into a glibbery mass from Ghostbusters before Luciana replaced it with her expertly prepared one after exclaiming in mock horror: “What eez e that?”)

Washing my hands brings back more sensory memories from a time when I would frequently get all sorts of things stuck to my hands that neither I nor my mother could remove for the love of god. Things like glue, mud, ice cream and, well, dough.
Luckily most of my classmates seem to have been similarly challenged in removing good Italian pasta dough and we are all too hungry after a long day at work to watch our manners when we sit down in Luciana’s beautiful dining room to watch her prepare Tuscan Antipasti with gusto.

There is a short moment when shock registers on some of our faces and our hearts sink, as Luciana pours a good half bottle of oil into the mix of olives and onion. Her cheerful declaration that too much oil might give you a heart attack but too little means you’ll die of mental illnesses does little to soften the blow. Be still, my heart, for it is very good olive oil Luciana specially sources from a wholesaler in Melbourne and not available to mere Sydney mortals. As our instructor says, the oil is of utmost importance to Italian cooking: “Olive oil is like wine; the earth gives it different flavours.”

Resting Dough and Other Disasters

I’m not sure whether it is due to the connoisseur’s choice of oil, watching the food being prepared or simply the fact that I am positively starving but the fresh Country Bread and Antipasti are morish. Sated, it comes at no surprise no one gets up when Luciana first invites us back into the kitchen. It is only after a firmer second invite that we find ourselves standing around a big table watching Luciana again.

The dough has now rested enough, she declares. “The dough is like a husband. You gotta leave him alone for half an hour or you have a fight on your hands.”

Here is some helpful advice I did not get in my kindergarten cooking class that could have saved me a whole lot of trouble in my previous relationships. Although I still don’t quite understand what concept makes the dough – or the husband for that matter – resist you, I gather it has something to do with the yeast.

Stretching out the dough and wearing it thin are, befittingly, the next lesson. Luciana does not impart any more marital advice at this stage but she really doesn’t need to. The concept is clear. Roll out the dough with the pin and feed him through a pasta machine at increasing intensity until he is thin enough to be cut in half.

I think many men could benefit from Luciana’s class for more than just culinary reasons.

Now comes one of the best bits of the evening: pasta karate. A mushy spoonful of beetroot or pumpkin paste are placed on the pasta strips which are then folded over and hit down with the … of your hand. Once the pasta is cut into tortellini shapes, square for the pumpkin and round for beetroot filling, it goes in front of a fan to dry more quickly.

Another flashback to primary school occurs as we are divided into two teams to create the orange and purple tortellini and egged on into an outright rivalry to make the quickest and yet best Tortelli Di Zucca and Casunziei Ampezzani.

The women in our group seem to be more adept at the concept. The men’s pasta form and shape or speed variably suffers, and we get close to creating what Luciana calls the recipe for a pasta explosion and beetroot soup. (There needs to be enough pasta around the filling to seal the dumpling well, a minor detail that some men in our group totally ignore.)

The pasta drying on the racks crafted for Luciana by one of her neighbours, we watch a demonstration of how to prepare Scaloppine with Herbs, which gets off to a disappointing start for Luciana when none of her pupils readily admits to having “problems placing the chicken in the hot pan”.

Eventually all of us shuffle forward and watch our instructor as she carefully places the dusted piece of meat in the pan. The mistake many make is to try and keep away from the pan, just throwing the chicken into the oil, resulting in a veritable oil explosion.

By now, our stomachs can be heard grumbling rather audibly, and it comes as a huge relief when we get to the part where Luciana shows us the right way to remove the pasta from its soup (yes, there must have been a few explosions) and add butter, poppyseeds to the beetroot pasta and parmesan cheese to the pumpkin variety.

All That Ends Well

Over a wonderful and well-deserved dinner in Cucina Italiana’s beautiful dining room, Luciana regales us with a few more musings on Italian-style cooking and way of life. Her cooking classes take inspirations from different regions and their flavours and many in our group say they will be back for a longer Saturday class to learn the art of making gnocchi and so on.

The evening gets even better, when Luciana brings out a Semifreddo Al Caffe for dessert which she prepared earlier in the evening. The ice cream-like Semifreddo didn’t look too exciting when Luciana mixed Nescafe with cream, eggs and sugar – especially since I am not really partial to coffee-flavoured desserts. But my, it tastes like one of the Tiramisu layers.

And bearing in mind that you can virtually add any flavour you want and barely take more than five minutes to prepare it (plus several hours in the freezer, of course), I think this will be my new Jamie Oliver-style barbecue staple.

Everyone seems very impressed with our results and fresh pasta made with the right ingredients just tastes so much better than what most of us would have likely had for dinner.

Even Luciana says she is impressed with our skills – nevermind the dough-mishap and exploding pasta. Her laurels fall on full stomachs and result in a rush to her kitchen after dinner, when my fellow classmates snap up all the cooking implements needed to turn their kitchen into a Cucina.

As I thank Luciana for a very enjoyable evening and the insight into Italian cooking, she imparts one last word of advice. Young girls in Italy are told they will never find a husband if they don’t know how to make pasta right. That includes spreading the dough without a machine – a tough feat that she doesn’t recommend and says will take years of practice.

Seeing that I only had a very short glimpse into the art of pasta making in kindergarten and have now just brushed up my skills considerably, I think I may have just increased my chances a fair bit. Don’t laugh if you meet me at the grocers in Sydney’s Little Italy inquiring about the exact provenance of their oil or buying mandolins, pasta cutters and rolling pins soon.